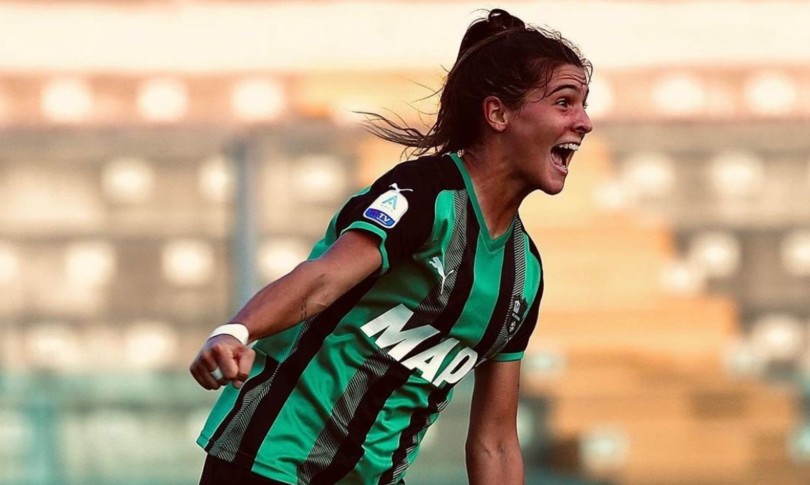 In the United States, women’s soccer is now equating to men’s soccer: after professionalism, there was also the agreement on wage equality torn by the national team, Uswnt, from the American Football Federation (Ussf).

Italy is light years away but something is moving from us too: “Surely since the last World Cup in 2019, the whole movement has made many steps forward”, he underlines Sofia Cantore, 22-year-old Sassuolo striker on loan from Juventusin an interview with AGI.

“In Italy, after the company of the blues, we finally started talking seriously about professionalism. Beyond the bureaucratic issues and the protections and benefits that we should be entitled to, I think that this change has occurred primarily in the mind of every player”.

Are there still many prejudices against women who play football? “Fortunately, in my personal journey I have always had little to do with this type of discrimination. The thing that strikes me the most are the comments I sometimes come across on social media. It is a situation that makes me particularly sad, rather than sad disappointed. Disappointed by a society that still today does nothing but emphasize differences instead of accepting them or even better deciding to know them and why not start appreciating them “.

However, Sofia tells of the growth of women’s football in Italy and in the world, which fascinates and conquers an ever-increasing audience and attracts more and more interest from the media, thanks to the passion and tenacity that footballers transmit to their audience. “Every day we show that we really want to do this in life, It is important to have a professional mentality taking care of every detail“, he added,” the prospects outside Italy make our eyes shine, just read the news of the American girl who has signed a really important contract, with an economic profile never seen before “.

The Lecco striker is still struggling with the fracture of the right fibula remedied in mid-February in training with the national team: “In reality, I faced this circumstance with relative serenity, it is important not to be discouraged and think positively. Of course I am very sorry not to be able to finish the season as I wanted, but unfortunately it is part of the profession and instead of asking myself” why precisely a me? “and” why for the second time? “, I preferred to look forward immediately. I will certainly do everything in my power to return as if nothing had happened. I think that two female prerogatives are stubbornness and tenacity, we hardly do break down and seek a solution as soon as possible “.

The differences with men’s football

The differences between men’s and women’s football? “The search for a comparison between these two worlds, in football as in life in general, does nothing but highlight the physiological differences that exist, accentuating their respective limits”, observed Sofia Cantore, “I simply think they are two worlds, certainly different , but independent of each other they can coexist quietly in their diversity. Indeed, ideas for reflection and elements of growth for both can emerge from diversity“And finally, on the championship fight, both women and men he comments:” Juventus Women are definitely the favorite team at the moment, both because they are first in the standings and because they have been winning the championship for 4 years now. But I think that this year the level is higher, so there is nothing certain and the competition gains from it. For the men’s championship I don’t know, in the top positions there are very few points of difference between the various teams, it will certainly be a good fight to the end “.