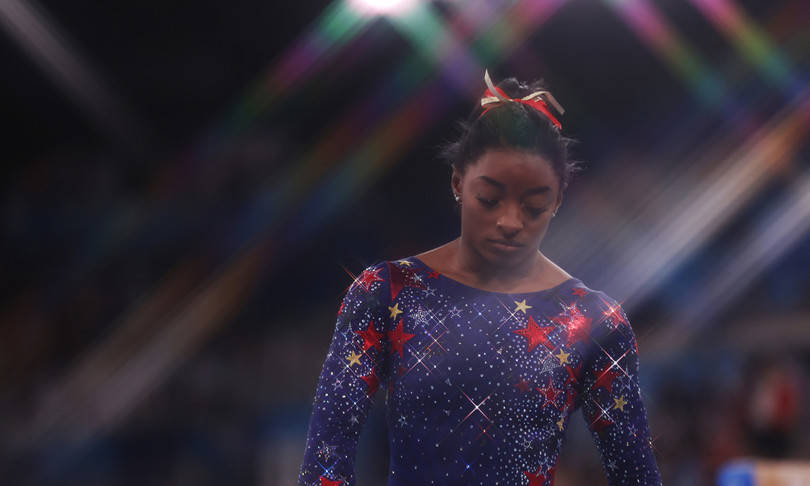 ` – What forced Simone Biles to stop during the Tokyo 2020 Olympics has a name. “I suffer from twisties” admitted the athlete. This is what happened to her on Tuesday, while performing a very complex technique during the athletics competition. A “twistie” is a sudden sense of emptiness that affects athletes during a sporting event.

It seems to affect golfers above all, but it is a phenomenon already recorded in athletics as well, as evidenced in these hours by the dozens of messages via social media arrived in Biles.

Twisties are described as a sudden dissolution of the sense of space, a loss of awareness of one’s presence. A very dangerous condition for a gymnast, who, if hit by this condition during an exercise, could seriously endanger her life.

For this Biles, leaving his teammates, told them he did not want to “risk getting hurt, or doing something stupid”. Then he talked about his mental health via social media, which he wants to put first, alluding to the twisties. “I have to save myself from my demons,” said the American athlete.

At the center Ariake, last Tuesday Biles had decided to perform with an Amanar, a very complicated jump, with a twist of two and a half turns. The twistie seems to have manifested itself on the first lap: “I didn’t understand what happened, I didn’t know where I was in the air, I could have stopped,” Biles said at a press conference. Then the intervention of her companions: “We were shocked when we understood what was happening”.

This phenomenon of “loss of sense of space” is “complex”, explains a French coach to AFP, and it is difficult to resolve. It can be “accentuated by pressure.” The gymnast who suffers it “slips into fear of getting lost”, and can get seriously injured. In the last few hours, several gymnasts have reported on social networks that they have suffered “twisties”. It can be more or less less strong, and take more or less time to overcome.

“I’ve had the ‘twisties’ since I was 11. I can’t imagine how scary it must be if it happens during a competition,” said Aleah Finnegan, an American gymnast. “You have no control over your body and what it does,” he explains, adding that it’s “hard to explain to someone who doesn’t do gymnastics.”

Swiss gymnast Giulia Steingruber, vaulting specialist, who participates in the all-around final on Thursday afternoon in Tokyo, also said she had a similar “mental block” in 2014. “I was very scared” and “I couldn’t shake it off. “, he told in a documentary. “He had to learn everything a little at a time,” said his coach.

Pressure, stress and anxiety can encourage these “twists” to appear. Simone Biles, a five-time Olympic medalist in Rio, spoke of the pressure he suffered for months, writing on social media that it was “like feeling the weight of the whole world on your shoulders”. The covid and the postponement of the games seem to have made the situation worse.