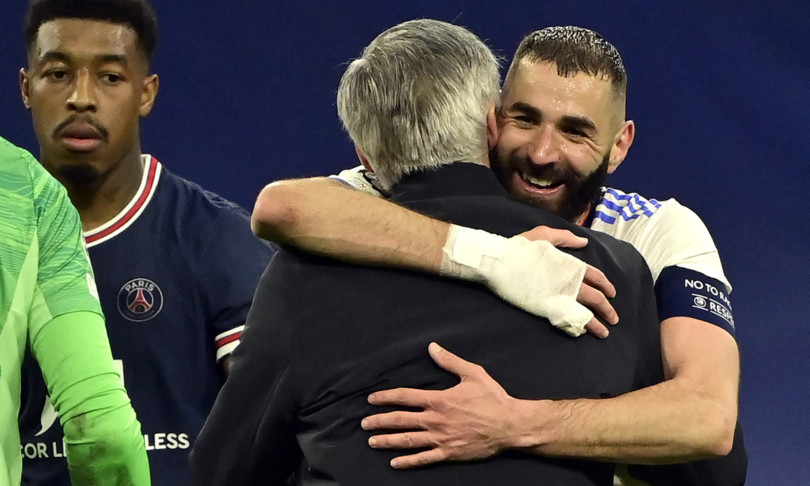 With an epic comeback signed by a fantastic hat-trick from Benzema, Real Madrid eliminates Paris Saint Germain by qualifying for the quarter-finals of the Champions League. It ends 3-1 for Carlo Ancelotti’s team, after the initial advantage of Mbappe ‘(who also scored 1-0 in the first leg) who seemed to have put a mortgage on the French side.

The heart of the Spaniards and the talent of Benzema, however, have turned the situation around, taking advantage of an inexplicable drop in tension on the part of Pochettino’s men bitterly eliminated from Europe.

The match is beautiful at the Bernabeu, made up of emotions and opportunities both on one side and the other, with the two teams responding to shots of technique and quality. Crazy the almost imperceptible parade of Donnarumma on the right around Benzema, just as splendid the exchange between Messi and Neymar with the Argentine digging out of the mirror.

At 34 ‘Mbappé puts in on Mendes’ assist who is offside, five minutes later the Frenchman puts Courtois again, but this time everything is regular on Neymar’s deep throw and PSG goes 1-0.

The Parisian tandem tries to repeat itself also in the second half, but another offside makes Mbappé’s brace useless, absolutely irrepressible for the Spanish rearguard. The French seem to be in total control, but in the 61st minute Real equalized and questioned the qualification thanks to Benzema’s goal. who cannot be wrong on Vinicius’ assist after an incredible mistake by Donnarumma in disengagement.

It is not over here, because at a distance of a quarter of an hour and within a few moments, the captain of the merengues scores two more goals that dramatically overturn the result of the double confrontation and send Real to the quarter-finals.

In the other match of the Champions League evening at Manchester City a 0-0 win against Sporting Lisbon is enough, thanks to the large 5-0 inflicted on the Portuguese in the first leg. Guardiola’s team thus qualifies for the quarterfinals reaching Bayern Munich, Liverpool and Real Madrid, waiting for next week’s matches.