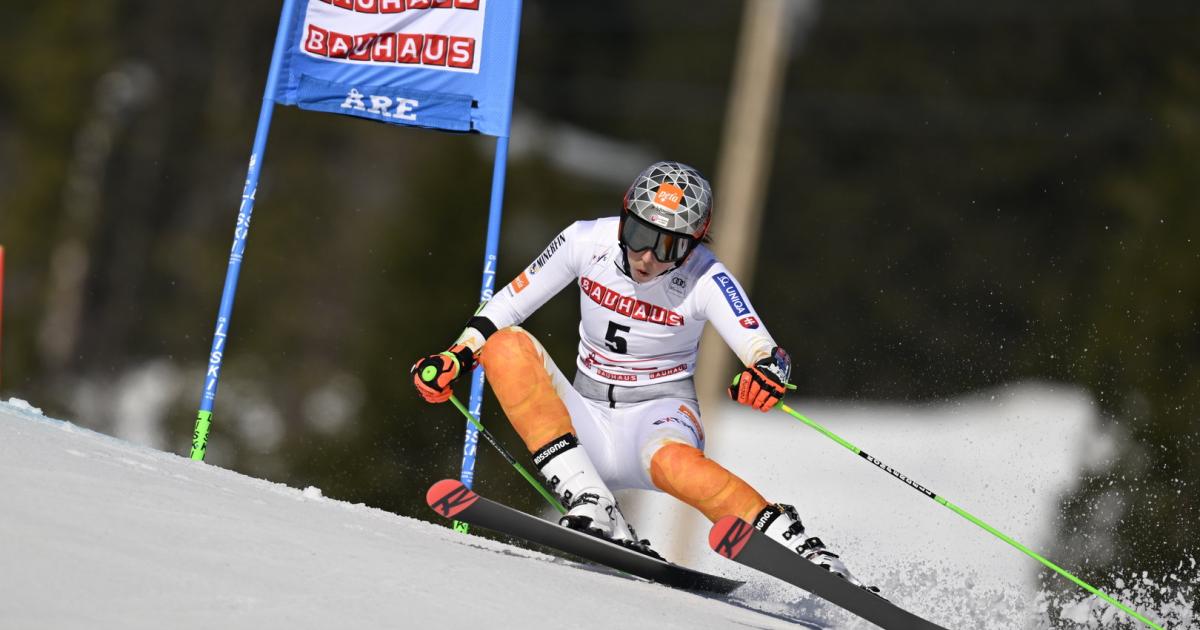 Katharina Liensberger only spent 18 seconds in the course, then the Vorarlberg native slipped away, crashed her skis into a gate pole and suffered the first failure since October 17, 2020 (Sölden).

The huge deficits of the later starters were remarkable: The heat softened the snow. The best Austrian was Katharina Truppe with a delay of 1.50 seconds, which was quite remarkable given her starting number 13. “It wasn’t easy, but I tried my best – and made a small mistake,” said the Carinthian after ninth place at half-time. Ricarda Haaser needed 16 hundredths longer – tenth place.

“The surface smears a bit, you have to stand clean on the outside ski,” recognized Ramona Siebenhofer, who was 2.21 seconds behind, “I’m just not able to do that at the moment.” On top of that, the Styrian got stuck at a gate and lost a stick. Stephanie Brunner was stopped with 2.56 seconds, Katharina Huber lost 2.93 seconds.