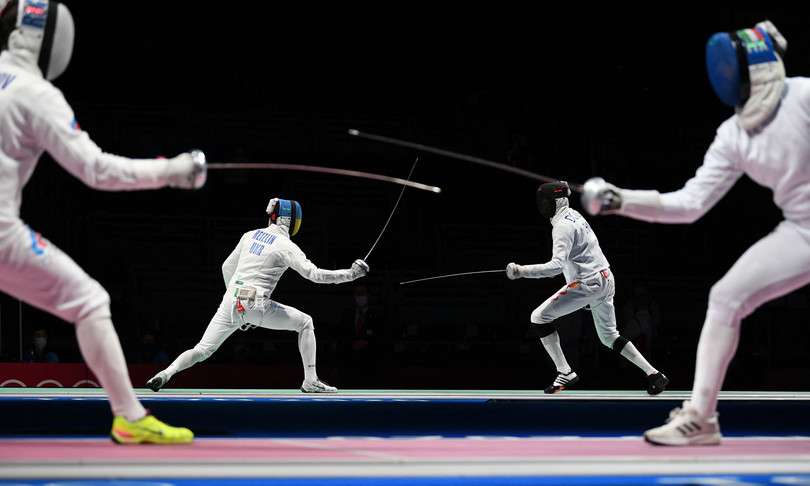 ` – Italian fencing risks returning from the Olympics without a gold medal: it did not happen since Munich 1972. In the middle there is a parenthesis, that of Moscow ’80 when it was a halfway edition following the boycott and the absence of military athletes. The absence of gold on an individual level is already certain, a fact that hadn’t happened since the 49-year-old edition in Germany, two trials since the end of the fencing program at the Tokyo 2020 Olympic Games – women’s team saber and men’s team foil – the Italy of fencing at Makuhari Messe B, a facility located in the bay of the Japanese capital, has not yet won an Olympic title.

Of course, medals have been won but this sector had particularly accustomed the blue sport to the sound of precious metals (49 in total). Today’s day will end with a heavy flop of the men’s sword team but in recent days there have been five podiums.

From the silver of Luigi Samele in the saber (first medal of Italy in Tokyo 2020) to the bronze of the men’s foil team passing through the silver of Daniele Garozzo in the foil, the team bronze in the women’s sword and the team silver in the male saber.

Today the Italy of the sword has concluded the seventh victory (over Switzerland 36 to 34). One of the four musketeers commented on the exit from the stage already in the quarters, Marco Fichera who said in a mixed zone, “we lick our wounds, we take the criticism and move on, but I ask everyone not to question what these four athletes have put in five years of activity “and then add,” of course, the result is disappointing and the criticisms are there, but not we no longer accept, even as losers, the criticisms we read and have read in these days about our professionalism, we no longer tolerate it “.

In half a century, Italian fencing has always won at least one gold. In 1972 Antonella Ragno-Lonzi won in foil and team saber (women only from Beijing 2008). But there is more. With the exception of Moscow ’80, in all other editions the gold medal was won at least on an individual level.

Women’s foil has even gone back 33 years, or from Seoul 1988, the last edition of the Olympics in which no Italian had entered the final or had won a medal.

From Munich in 1972 to Tokyo 2020 only twice the Italian blue foil in pink had not won a medal on an individual level, in Moscow ’80 (Dorina Vaccaroni closed sixth under the colors of the flag of the International Olympic Committee following the boycott) and in Seoul in 1988 (ninth Margherita Zalaffi). In 1984 the absence of podiums was interrupted by Vaccaroni, third. Four years after the flop in South Korea.