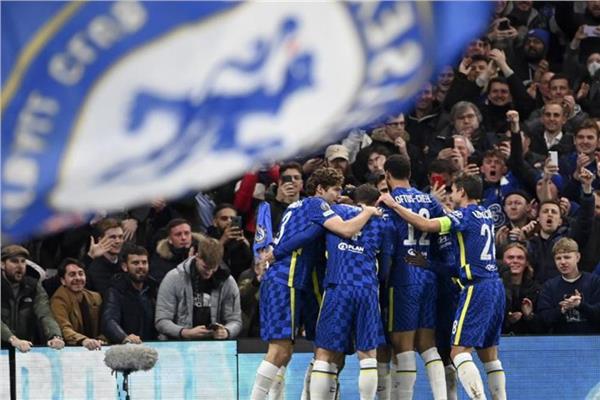 Press reports confirmed, today, Friday, that the English club Chelsea was subjected to seizure of all the balances of his accounts in banks, due to the sanctions imposed by the British government on its Russian owner Roman Abramovich.

And the newspapers “The Athletic and Guardian” indicated that the club will not be able to pay the salaries of players and technical and administrative staff in the coming period, and may not be able to complete the current season.

And the Mirror newspaper said that the fortune of Russian Roman Abramovich is estimated at 9.4 billion pounds .. The Blues are in collapse after Roman was punished.

And she continued, “Sponsors are leaving the club and opponents are targeting the stars… Fears of job losses.”

She added that as a result of Chelsea’s credit cards being temporarily suspended, it means that they are currently left unable to purchase fuel for the team bus to commute to matches.

Billionaire Nick Candy still puts his first interest in acquiring Chelsea, although the club cannot be sold at the present time, due to the British government’s sanctions against its owner Roman Abramovich.

Kandy, who says he has been a Blues fan since he was four years old, confirmed his interest in buying the club from the Russian billionaire, and indicated that he was analyzing the situation to see what could be done to make it happen.
“We are studying the details of yesterday’s announcement, we are still interested in making an offer,” a spokesman for the British billionaire said, referring to the British government’s announcement on Thursday that Abramovich’s assets in the United Kingdom would be frozen.

A Kandy spokesman confirmed: “We are looking into some options for a possible bid for Chelsea Football Club.”
He added, “An offer will be made jointly with another party or consortium, and that many global partners have shown us their serious interest.”
He continued, “Kandy has a great passion for Chelsea, and has been watching matches at Stamford Bridge since he was four years old.”

Kandy was the first to express an interest in buying Chelsea, and the club hope to obtain special permission so that the sale can be completed as quickly as possible, so that normal life can be restored at Stamford Bridge.
It is reported that the British News Agency confirmed that billionaire Chelsea fan Kandy is working with a number of investors in the United States to prepare a consortium bid to acquire Stamford Bridge.
Russian businessman Roman Abramovich put Chelsea up for sale last Wednesday.

American billionaire Todd Boehle and Swiss Hasgeorg Weiss confirmed their interest in buying Chelsea last week, and that their first bid for the club was made last Tuesday.
Turkish businessman Mohsen Bayrak revealed his desire to buy Chelsea, through public statements.