Women’s Barça, champion with a win in the Clásico 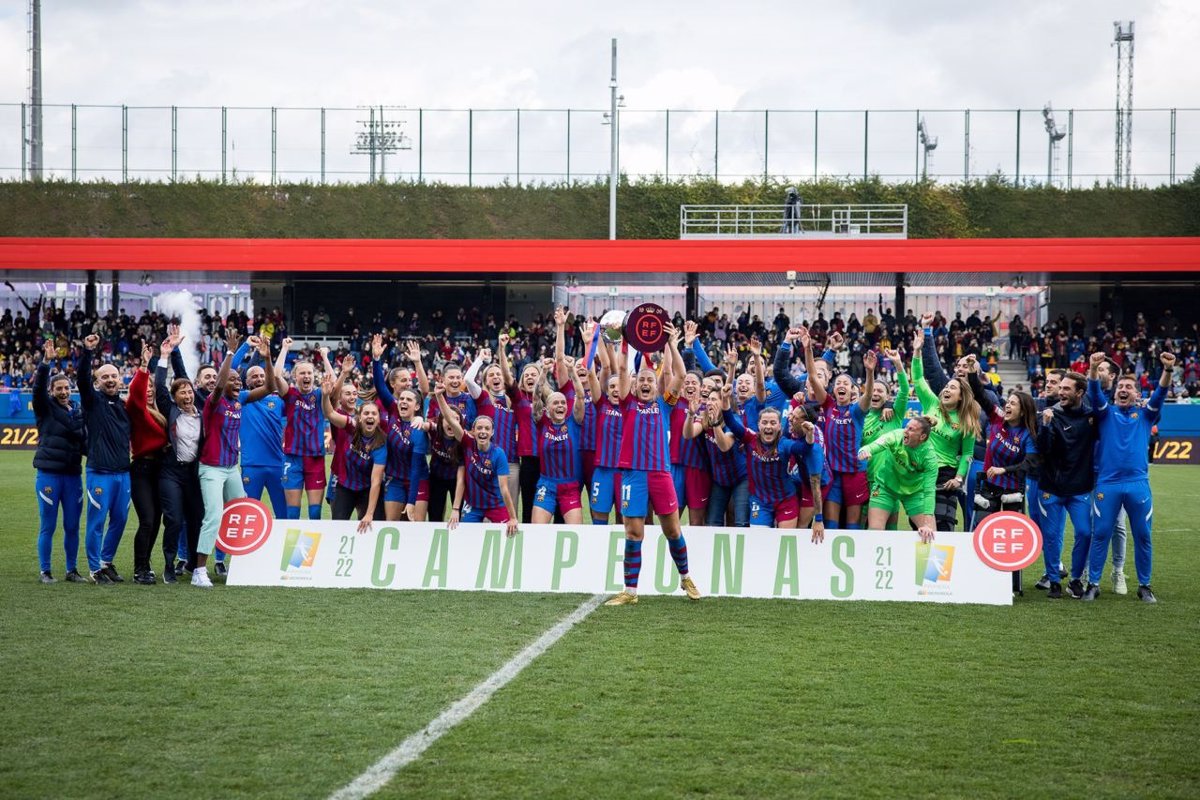 FC Barcelona has been proclaimed champion of the Primera Iberdrola 2021-22 after thrashing this Sunday at the Estadi Johan Cruyff, on matchday twenty-four, against Real Madrid (5-0), a result that allows it to lift its seventh league title and the third consecutively.

With this victory, the azulgrana team reached 72 points, which allowed them to gain 22 units over Real Sociedad and made the comeback for the Donostiarras insurmountable in the remainder of the season. Thus, it adds another wound to those achieved in 2012, 2013, 2014, 2015, 2020 and 2021.

In a crowded Johan Cruyff, Jonatan Giráldez’s men found Misa Rodríguez’s goal after four minutes, in an action annulled for offside by the Swedish Fridolina Rolfö. Although the locals dominated, the white team managed to neutralize them, but their strength was broken on the edge of the break.

In the 41st minute, captain Alexia Putellas caught a rebound from the edge of the box and put together a shot that, after lightly touching Ivana, lodged in the back of the net. Just three minutes later, the Ballon d’Or picked up a pass from Patri Guijarro to stand up to the Madrid goalkeeper and add to the score.

After a new goal annulled after the restart, Guijarro herself put the path to the title on track with a direct shot to the top corner (min. 61), and in the 65th minute Graham Hansen put in a cross that Peter, trying to clear, introduced into his own goal to make it 4-0. Jenni Hermoso, already in the 83rd minute, joined the scoring festival before celebrating the new title.