Juve pass against a wasteful Sampdoria 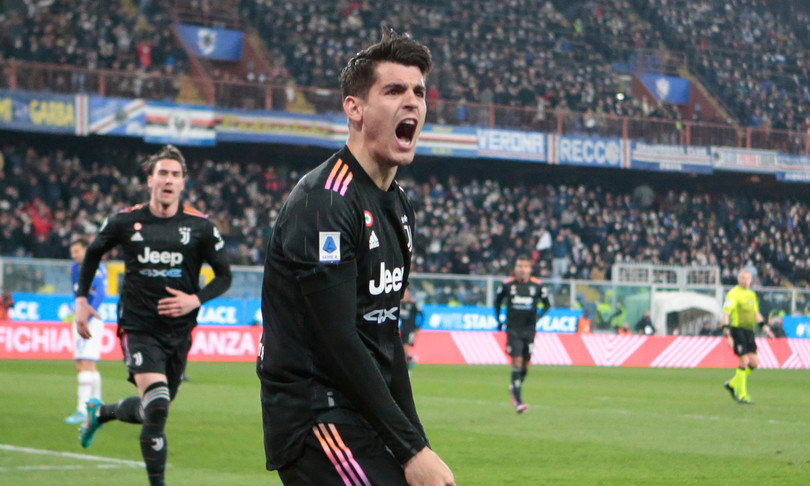 Juventus beat Marassi by overcoming Sampdoria 3-1 and returning home with the 15th consecutive useful result in the league. Yoshida’s own goal and Morata’s brace decide, with a penalty saved by Szczesny in Candreva before Sabiri’s useless seal in the final: Max Allegri’s team consolidates fourth place in the standings by temporarily taking -4 from the top. Giampaolo’s men, with the third knockout in a row, remain at 26 in fifth from last position.

Not much happens in the initial phase of the match, thanks to very low rhythms and the desire not to discover each other on the part of both teams. The first conclusion in the 22nd minute is by Candreva who commits Szczesny, but on the overturning in front the bianconeri unblock it thanks to the own goal of Yoshida, who in an attempt to anticipate Kean deflects the diagonal of Cuadrado behind Falcone.

The Sampdoria try to shake up with a conclusion by Sensi that forces Szczesny to overtime, on the other hand, Juve hurts when the blow sinks. At 33 ‘Kean gets rid of the marking of a pair of defenders and just inside the area is spread by Colley: the referee awards the penalty and Morata transforms it into 2-0.

In the second half, Doria tries to do everything possible to get back into the game, first frightening the Juventus rearguard with a right-footed shot from Caputo, then winning the possible penalty of hope in the 72nd minute (Rabiot’s hand in the area): Candreva, however, allows himself to be hypnotized from a super Szczesny who saves Juve and allows them to defend the double advantage. 84 Sabiri thinks to give hope to the Sampdoria, scoring from a free kick with a decisive deviation from Morata, but the Spaniard redeems himself a few moments later by scoring a personal brace with a head that closes the score at 3-1.