A strong division of Zamalek players and Ferreira tackles mistakes 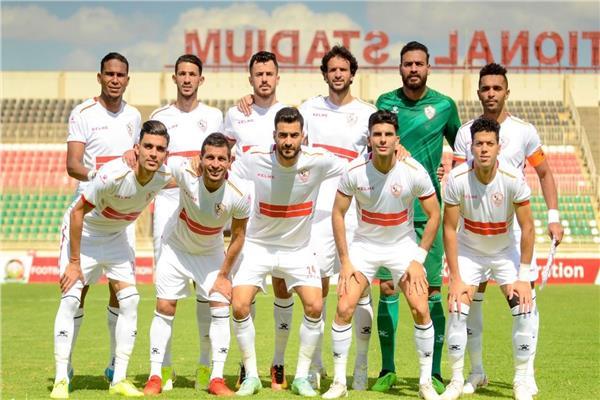 The players of the first football team of Zamalek club fought a strong division during the training session today, Monday, which was held at Abdel Latif Abourgila stadium, in preparation for the next meeting with Petro Atletico.

The technical staff divided the players into two groups for a division in the middle of the field, during which the Portuguese coach, Josefaldo Ferreira, and his assistant staff were keen to direct the players and correct the mistakes they made.

Hazem Emam, the team’s right-back, obtained permission from the technical staff led by Portuguese Josevaldo Ferreira to miss training on Monday due to his own circumstances.

At the same time, Omar Al-Saeed, the team’s striker, was absent from training today, after obtaining permission from the technical staff due to special circumstances as well.

The team’s technical staff, led by Portuguese Josevaldo Ferreira, divided the players into three groups during Monday’s training, which was held at Abdel Latif Abourgila Stadium, to engage in technical training with the ball and focus on passing the ball under pressure and the correct delivery and delivery.

Then the players went through a special paragraph to shoot the goal from outside the penalty area.

The white team is preparing to meet Petro Atletico of Angola, scheduled for next Saturday, in the fifth round of the group stage matches of the African Champions League, which will be held at the November 11 stadium in the Angolan capital, Luanda.

Shikabala continues rehabilitation in Zamalek in preparation for Petro Atlético