With Pizzolato weightlifting is a “mine” of medals 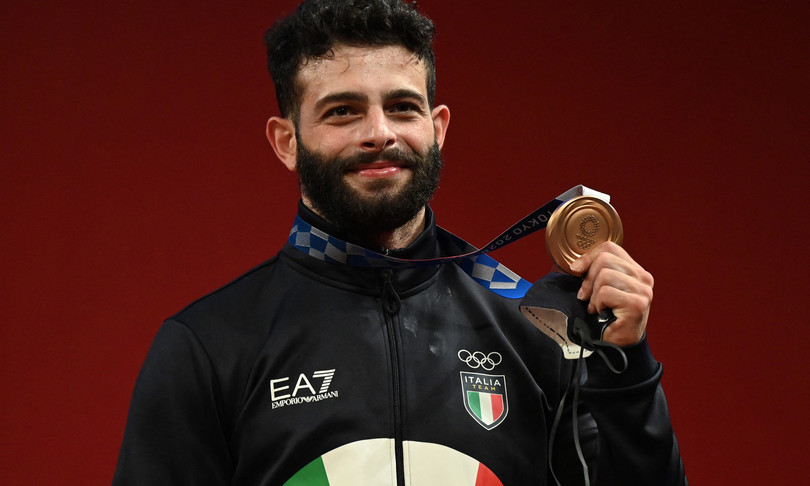 ` – And with ‘Nino’ ​​there are three- Italian weightlifting suddenly turns out to be a silver and bronze mine- Everything happens in the most important event of the last five years, the Tokyo 2020 Olympics- Antonino Pizzolato from Salaparuta, in the hills of Belice, won another fantastic medal for movement, a bronze in the category up to 81 kilograms, after the unexpected bronze of Matteo Zanni in the 67 kg and the wonderful silver with Giorgia Bordignon in the 64-

In the mega hall of the labyrinth of the Tokyo International Forum – to find the venue it takes at least twenty minutes between stairs, elevators and corridors suspended between one building and another – the blue was the protagonist of an exciting race who saw him up to the third and final attempt of the round of the momentum in second position-

Instead, the Dominican Zacari’as Bonnat Michel who lifted 204 kilograms in momentum after 163 in the tear for a total of 367- Pizzolato, second in the break with 165, after having placed a good lift to 200 kg on the first attempt of the momentum, in the second he asked for 203 but the attempt was not successful-

On the third and final attempt, Antonino tried everything out by asking to lift 210 kilograms, the same I asked from the Chinese Xiaojun Lyu- Both the Italian and the Asian, however, have failed the test that in technical terms we say ‘no lift’-

For Antonino Pizzolato, a pupil of Sebastiano Corbu, an excellent bronze with 365 kilograms total, for Lyu 374, gold with an Olympic record attached- In Pizzolato’s palmares two European golds, in 2019 in Batumi and this year in Moscow- In 2017, Nino finished third at the Anaheim World Championship, 32 years after Norbert Oberburger last world championship podium-

For Antonino Pizzolato also a more opaque page- In March 2018, the blue weightlifter was suspended for ten months by the Italian Weightlifting Federation for bullying, or acts of prevarication against other athletes, including minors at the federal center of Acquacetosa in Rome- A past story because today ‘Nino’ ​​is bronze with five circles-