Garuba and Tavares lead Real Madrid to the final 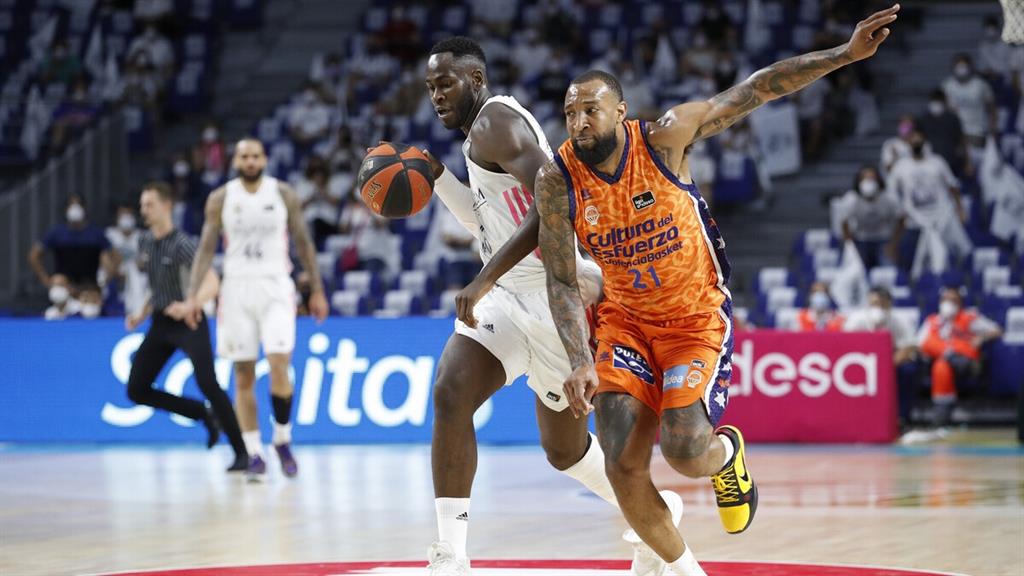 Garuba and Tavares lead Real Madrid to the final

Real Madrid will play the final of the Endesa League after beating Valencia Basket (80-77) this Thursday in the third and final semifinal match, held at the WiZink Center in the capital, where Usman Garuba (16 points and 14 rebounds ) and Walter Tavares made the difference.

Those of Pablo Laso, who sent his team to its ninth league final in 10 years and also became the white coach with the most victories (596), will face Barça or Lenovo Tenerife in a final that will also be the best of three games and that will start on Sunday in Madrid. Valencia, who were looking for the last step for the third time, failed in the last attacks.

The first quarter had set the trend for the first two games, and neither Madrid nor Valencia wanted to go in tow in the third. Thus, the battle was served from the opening whistle, where the locals threw Garuba, a Taylor reborn in time and Causeur and the visitors responded with a closet bottom.

The rotation, scarce in the whites due to injuries despite recovering Abalde, who in the end did not play, and Llull at the last minute, helped the ‘taronja’ more, starting with Prepelic. The triples sent at the beginning, with one from Llull to give his team a minimum income on the horn of the first act (22-18). The ’23’ entered while Alocén was hurting from a blow.

The defenses had room for improvement as well as the percentages of success. Rudy and Porier chained baskets and Garuba signed his great first half to keep Laso’s team ahead at halftime (42-39). Valencia, with Vives and Kalinic, continued in the fight although never ahead and in the resumption he returned clueless behind.

An unsportsmanlike Garuba woke up the Ponsarnau, with a distant triple by Williams and led by Prepelic (44-44). Tavares also put the batteries, a battery with plenty of operation in Garuba, to continue with the give and take. It was the keynote of the tiebreaker, but Madrid pressed with Tavares in the resumption.

The Cape Verdean giant finished warming up in the third quarter, based on blocks and attack actions, overshadowing Dubljevic and Kalinic and consolidating White’s dominance on the rebound. In addition, Llull returned to lead and Madrid opened the gap (59-50). A triple from Sastre, the first in the fourth, gave Valencia air.

The ‘taronja’ had patience and Madrid could not hold the rent, although at the beginning of the last quarter Llull insisted for the locals with two triples. Laso’s men found themselves with the problem of fouls, very soon as a bonus, but Valencia did not know how to take advantage of it. The comeback did not come for those of Ponsarnau and in the decisive minutes the ring became very small.

Kalinic held the dropper with which Valencia added but a triple from Garuba, although he later sinned by giving one to Tobey, the rebounds and the defense of both him and Tavares made the clock tick in favor of the whites. Madrid, with the public in the Palace, kept the ticket to a new final with Laso.