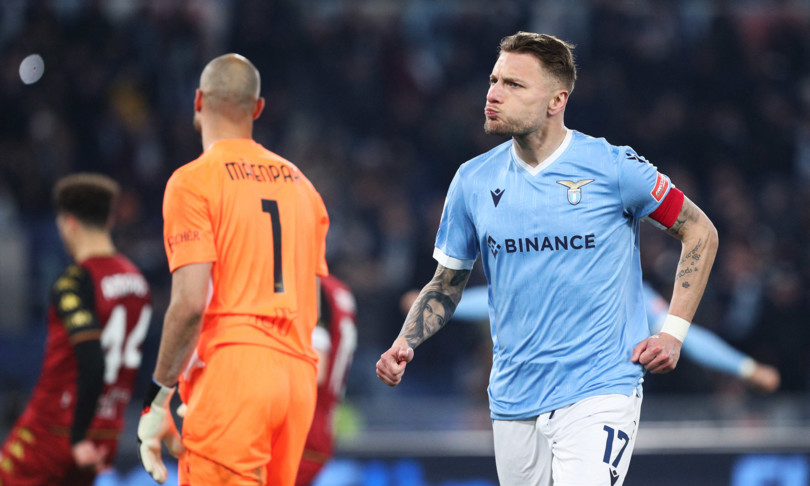 Maximum result with minimum effort for Lazio who respects the forecasts by beating Venice 1-0 at the Olimpico and thus returning to the Europa League area.

The first chance arrives at 15 ‘and it is for the hosts, when Milinkovic-Savic kicks a free-kick from the edge of the area just wide.

At 34 ‘it is Felipe Anderson who eats the advantage when, launched at the net by an excellent intuition of Immobile, he tries to overcome Maenpaa with a dig but the ball ends out.

The first fraction ends without further jolts. The match is released at the start of the second half, but the great goal scored in the 3 ‘by Immobile is canceled for offside after the Var signaling.

At 11 ‘the same Var calls the referee, who assigns a penalty to Lazio in the second place after a kick trimmed by Crnigoj to Luiz Felipe.

From the disk it shows up Immobile, which makes no mistake by carrying out its own. The striker of the national team thus rises to 144 centers in Serie A with the Lazio shirt, detaching Silvio Piola.

Beyond Luis Alberto’s shooting to the stars in the restart phase, not even Sarri’s men are able to produce further headaches for the opposing defense.

The score will no longer change. An important success for Lazio that catapulted the team to fifth place at 49, overcoming Rome and Atalanta in one fell swoop.

On the other hand, Venice remains third from last and with its 22 points remains 3 points away from the safety zone now represented by Cagliari even if with one game still to be recovered.