Tennis turns the page, all the Grand Slams will have the super tie – break in the fifth set 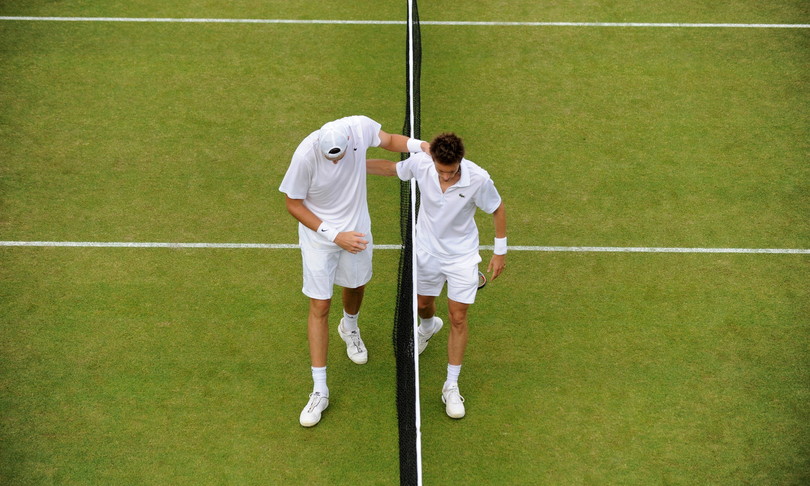 For most, the name of Van Alen will bring to mind the wrong person. That is that Eddie Van Halen (with the H) who according to the authoritative magazine “Rolling Stone” is in eighth place in the ranking of the best rock guitarists of all time. Jimmy Van Alen (without H in the surname) preferred tennis instead. On the beloved grass of his home in Newport, Rhode Island, but also played on other surfaces.

The important thing, according to him, is that a way was found to prevent matches from lasting an eternity, that there was a moment in which the history of a match would find its fulfillment. Thus prefiguring the need that TVs would have posed, in subsequent years and in a sensational way, to make tennis a sport of duration if not certainat least predictable or inserted in a “range” that would allow television program makers not to go to the asylum.

This is why Jimmi in 1965 invented the tie break, or that hasty epilogue, that mini-match that concludes each set of the major circuit when the result has reached 6 all. He was introduced five years later to the US Open, but kept off the pitch in the fifth set so as not to affect the charm of the match.

When Andrea Gaudenzi became ATP president, a couple of years ago now, he took a test with his London employees, asking “what happens in the Grand Slam tournaments when it comes to the fifth set?”

No one, in fact, knew it, because until now the sport-symbol of the globalized world used Jimmy’s invention in the most disparate ways, with great imagination: at Roland Garros they did not use it at all, at Wimbledon it was played on 12 equal, in New York on 6 all; in Australia, finally, the solution was practiced that was announced by the ATP also for the other three Slam tournaments: on 6 equal in the fifth set, starting from the next Roland Garros, a ten-point tie break will be played, the super – tiebreak or tie-breakkone if you prefer.

A historic turning point that represents a first step towards the design that Gaudenzi has in mind: tennis managed by a single governance that sets the rules of the events and establishes the prizes.

Whether this will ever come is difficult to say. Those who own the rights to the Grand Slam tournaments are reluctant to match their needs with those of their colleagues. Ditto for the other subjects involved, including the Itf (the International Federation) which even granted itself the freedom to overturn the product that most qualified it, the Davis Cup, transforming it into a soup that this year, with the finals ad Abu Dhabi, risks being played with the desert inside the stadium, as well as chis out. Unless legions of fans choose to travel to the Emirates in early December.

In fact, the advent of the final super tie-break puts an end to that taste of unpredictability that has always made fifth sets an exciting element. The new Davis has already canceled the match three out of five sets, so as not to miss anything: it is already so much, therefore, that in tournaments there is talk of fifth sets concluded by a tie break.

But if anyone still harbored the hope that, for unforeseeable reasons, it would be possible to approach the eleven hours of total duration of Isner-Mahut (Wimbledon 2010, without tiebreak), they must put their hopes in the drawer.

The rules of tennis follow, or trying to do so, the mood of the times. And in times when highlights dominate the eyes and brains of younger fans, pills of an event, to wait three days, as happened for Isner-Mahutto know the result of a match it feeds the thriller effect, but it is pure nonsense.

So, we’re setting a challenge – can you watch all 11 hours and 5 minutes of Isner vs Mahut in one go?

Jimmi Van Alen died on July 3, ’91. Two days later Stefan Edberg and Michael Stich played in the Wimbledon semi-final. The Swede won the first set, Michael the other three, all at the tie break. Stefan commented: “If Jimmy hadn’t invented the tiebreak we would still be playing.”

With yesterday’s (strategically unavoidable) choice, the tennis that has fascinated more than a century has now moved into a tennis elsewhere where Edberg and Stich are still really playing that match. Here, in our times, we jump into a new era. Jump, in fact. Like the one sung by Van Halen with the H, which made buildings explode.