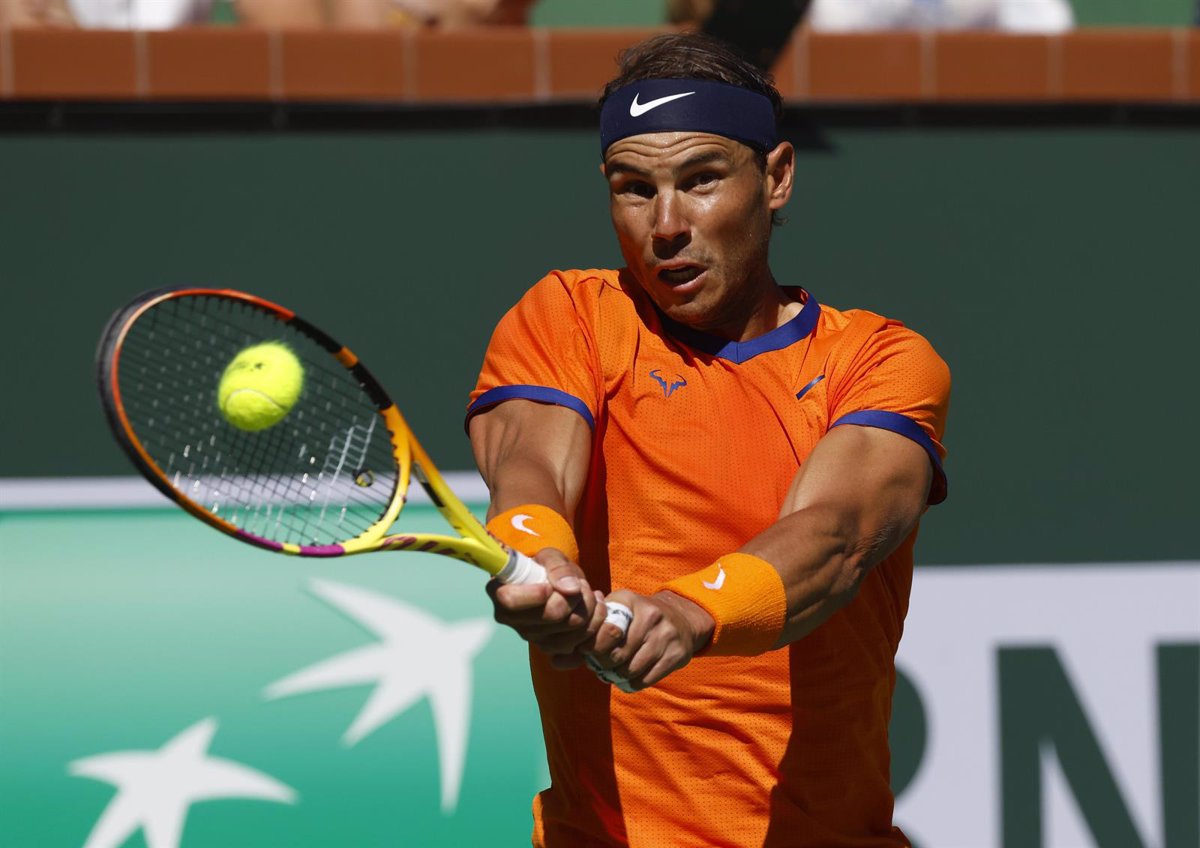 The Spanish tennis player Rafa Nadal raised the level to eliminate (7-6(3), 7-6(5)) the American Reilly Opelka and reach the quarterfinals in the Indian Wells tournament, the first Masters 1,000 of the season, where He will face the Australian Nick Kyrgios and where he will be accompanied by the young Carlos Alcaraz, firm against the Frenchman Gael Monfils (7-5, 6-1).

The 21-time Grand Slams champion improved his performance this week in the Californian desert to score his third match this Wednesday against a very lively rival. An 18-0 so far in 2022, with three titles, which he did not jeopardize against Opelka despite a small disconnection in the second quarter. Kyrgios, who advanced with the withdrawal of Jannik Sinner, will be another tough stumbling block.

Nadal enjoyed a good serve and the rest was guessing the local player’s cannon shots. Opelka was not only serving, but he endured in the exchange of blows with a devastating right hand and the confidence of an also outstanding 2022 -a semifinal and two recent finals, champion in Dallas-.

The Spaniard had to work both partials, since the American, although he started failing, warmed up. Nadal started winning his serves more calmly than his rival. Despite the Spaniard’s attacks, Opelka survived every test, even on the ‘break’ ball that he raised in the seventh game, without both giving anything away.

The tiebreaker in the ‘tie-break’ seemed inevitable and when that time came, it continued to be even until two good returns from Nadal with which he left the set tied. The three-time Indian Wells champion raised the level but the American continued to respond like a wall.

The game did not go down and Nadal also had a moment of doubt, with certain gestures pointing to the left foot that made him miss the second half of last season. Opelka saved a ‘break’ ball and then took advantage of his, but Nadal endured once again in the face of adversity – only this year there are several -.

The man from Manacor saved three balls from 3-5 and then recovered the disadvantage. Despite the stick, the American, 2.11 meters, maintained his success in the long points and pressed Nadal until another ‘tie-break’. There the Spanish tennis player was once again better, chameleon to respond to another demanding game in the Californian desert.

The Balearic will be accompanied in the penultimate round of the first Masters 1,000 of the season by the young Carlos Alcaraz, who got into the top eight for the first time in a tournament of this category after being very solid against the veteran Gael Monfils, whom he defeated 7-5, 6-1.

The 18-year-old player from Murcia, who became the youngest quarterfinalist in this event since Michael Chang (17 years old) in 1989, continues to take steps forward in his progression and experience and demonstrated it with a very solvent match against the Paris, who had been encouraged by having eliminated Russian Daniil Medvedev, still number one in the world, in the previous round.

But the pupil of Juan Carlos Ferrero did not leave too much room for maneuver to the Frenchman, who planted a ‘battle’ on the court until the first set escaped him in the decisive stages, but who never had options for the rest. Alcaraz only lost seven points with his service and, supported by his devastating drive, he knew how to control the match at all times.

The Spaniard always pressed with his aggressiveness from the bottom of the court and pressed the rest. After wasting two options, he managed to lift a 40-15 at 5-5 and break the Parisian’s serve to later close the set. That’s where the excitement ended because the man from El Palmar accelerated and managed to break his rival’s first two services in the second set to put the direct towards a quarterfinal where the defender of the title, the British Cameron Norrie, awaits him.