Europa League, Atalanta beats Leverkusen and passes the round 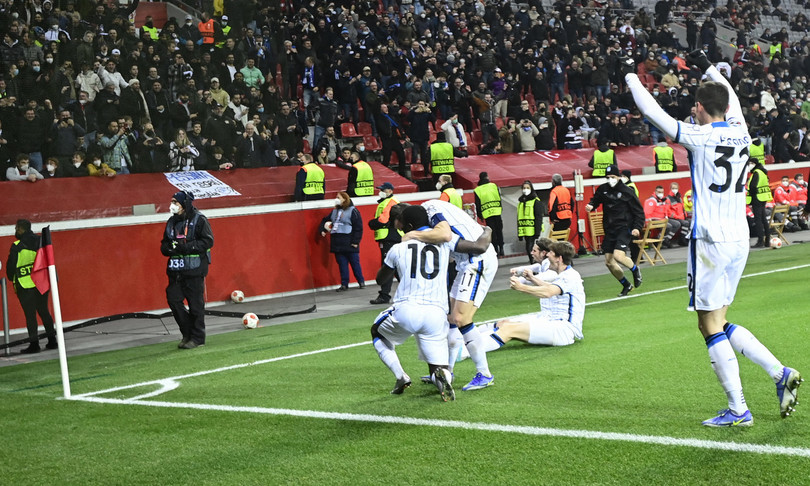 A solid performance and a goal at the end of Boga are enough for Atalanta to qualify for the quarter-finals of the Europa League at the expense of Bayer Leverkusen. After the 3-2 in Bergamo, Musso’s saves and Demiral’s rescues pave the way for the Bergamo players to strike in the recovery with the former Sassuolo. The only discordant note of Gasperini’s evening is the one that immediately puts the German away game uphill.

At 10 ‘stops Toloi (flexor problem) who leaves the field in favor of Djimsiti. With Schick and Wirtz injured, Seoane left Alario and Azmoun on the bench and lined up a 3-5-2 with Adli and Diaby on the offensive front. Diaby himself is the greatest source of dangers for the Goddess, but the young striker wastes a lot. Around half an hour, Atalanta lights up: first with an insidious cross by Zappacosta for Muriel, anticipated at the last by Tapsoba; then with Malinovskyi who tries from distance but Hradecky blocks without problems.

The first scoring chance, on the other hand, is recorded at 35 ‘: Koopmeiners finds an opening for Muriel who must concentrate thus losing a playing time, with Tapsoba good at saving on his conclusion.
In the second half, Bayer close to the advantage: Demirbay launches, Diaby sprints behind Djimsiti but in face to face with Musso it is still the former Udinese who prevails with an instinctive parade. It’s Bayer’s best moment.

In the 52nd minute low cross from the right back by Fosu-Mensah for Aranguiz who kicks high. Gasperini does not change and leaves the initiative to Seoane: in Bellarabi and Azmoun for Fosu-Mensah and Demirbay. The weight of the German attack increases, but not the offensive production.

Gasperini plays the Boga card for a dead Malinovskyi. Then it’s Pezzella and Pessina’s turn to replace the exhausted Zappacosta and Muriel. Bayer instead tries all out with Alario, but the Argentine does not enter the game. Unlike Boga who jumps Tah in the second half, he enters the area and closes a second half of pain with a wonderful goal.