Cycling, the first classic starts with the Milan-Sanremo number 113 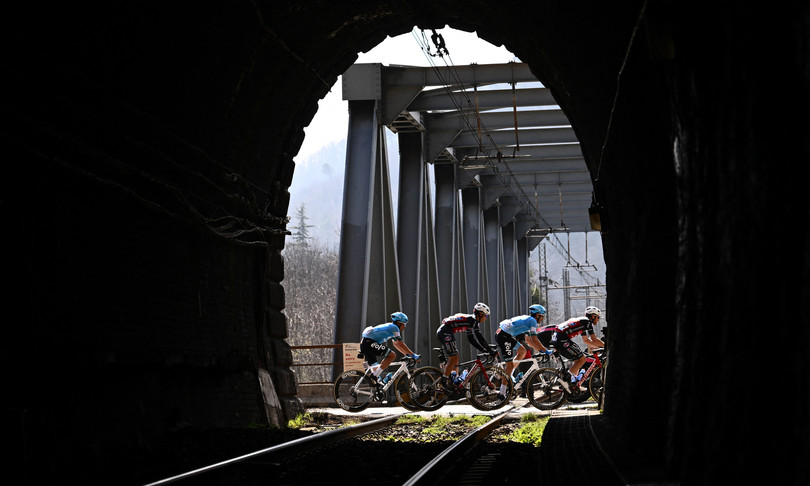 The Maspes Velodrome – Vigorelli today is once again the temple par excellence of cycling. All the light given by the shining sun in the clear blue sky of this Saturday morning, in the city of Milan, is aimed at the theater of the legendary pedal challenges and more. The “magic track” between the ellipses of the Vigo and the skyscrapers of City Life on the horizon, hosted for its first time, the inauguration of the first major appointment of the Italian cycling season: the Milan – Sanremo number 113, on St. Giuseppe and Father’s Day, historic date of the Spring Classic. La Scala of cycling is therefore entirely dedicated to the emotions and ambitions of the 168 riders, called at 8.20 and left at 9.50 to start a 293 km long route, from the zero one in via Chiesa Rossa.

And among them the big surprise: the return of Mathieu Van der Poel, the Dutch 95 class champion, for the third time in his career in the great seasonal classic, after a long stop on the road from the last Paris-Roubaix, due to injury back remedied in the fall with a somersault on a mountain bike in Tokyo. An exceptional ceremony with illustrious guests including the mayor of Milan Giuseppe Sala and Urbano Cairo, president and CEO of RCS and patron of the Giro d’Italia.

Waiting for the official announcement of the formations of the 24 competing teams, the legend Gianni Bugno, the former cyclist and pistard Ignazio Moser and Nicola Ventola, former black and blue striker, took to the stage, representing Inter’s collaboration with Cinelli, the cycling brand history of the Milanese city. And on the occasion of such a prestigious partnership, the number one of the neroazzurro club could not be missing, the CEO Giuseppe Marotta at his first appointment of the day with sport, waiting for the Inter-Fiorentina match at 18: “It’s a special day and unique for Milan, a great stage for sport “.

Daniele Bennati, the new coach of the Italian national team, talks about the emotion of returning to what is an institution of world sport: “It’s a beautiful emotion, a suggestive start, I competed 14 times as a runner and from different stages, but from here it has another flavor, it is truly a unique emotion, here is the history of cycling “. Even Mauro Vegni – Giro d’Italia director – comments: “I think this is a fantastic place that evokes the long history of cycling in Milan, Vigorelli is always something that opens the heart”. Milan loves cycling and it shows.