“I’m not worried about Benzema not playing,” Carlo Ancelotti says 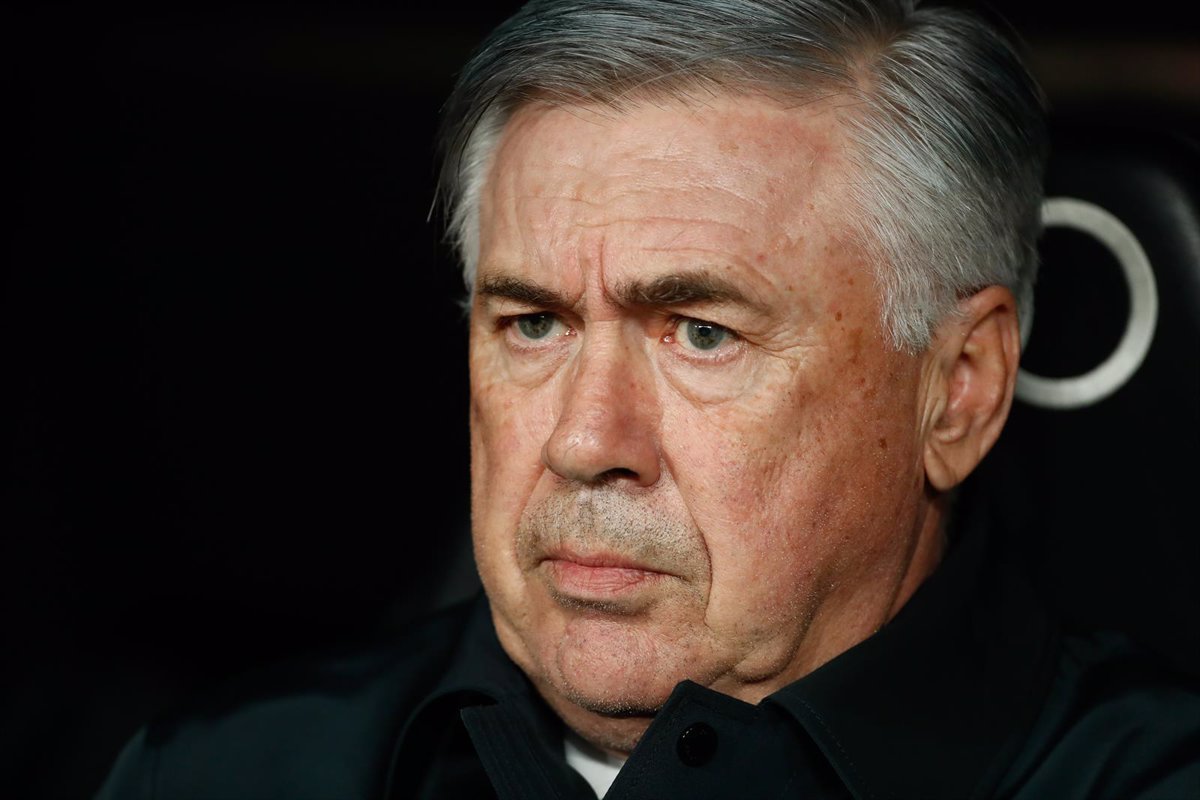 Real Madrid coach Carlo Ancelotti has stated that he is “not” “worried” that French striker Karim Benzema would be unable to participate in Sunday’s Clasico against FC Barcelona, as he believes that they will be able to win without him, and that they must play “a complete match” to beat the azulgranas.

“Karim and Mendy will not be able to play tomorrow. They will stay here and work with us next week “At a press conference, he stated. “We’ve never taken chances, not even in the Paris game, which he participated in. He won’t be able to play tomorrow since he hasn’t trained and is in pain. It’s a minor injury, but it permits him to continue training “Added he.

Despite being the team’s Pichichi, the Italian coach believes they can win without him. “I believe we will be successful. Benzema is a crucial member of this team, but he also does a good job of completing the team’s tasks. Without Karim, we must continue our job and seek alternative alternatives “, he declared.

“We must examine Benzema’s future, but he has played just the perfect amount of minutes this season. His absence has had an impact on the team. He’s always had ailments at the perfect time of the season, and this year is no exception. Stay with us, “he stated “He’s 34 years old, he’s had very little pain, and he’ll be back shortly. He’ll make a difference once more. I’m not concerned that he won’t play tomorrow since we have time to recuperate him before the finish of the season, when he can make a difference “He went on to say more.

In this regard, he stated that “all is determined” in terms of who will replace the French striker in the starting lineup. “We have Mariano, Jovic, Isco, Rodrygo… I’ve gone with the option that I believe is better for this match.”

He emphasized that the Classic is a game “that generally requires a lot” and that it is “special” for everyone. “We have to make the most of it. The staff has done an excellent job, and we are optimistic about tomorrow “he stated “We want to give it our all. It’ll be a game with a lot of different aspects: low block, intense pressure… We put up a solid fight against a powerful opponent. We won’t win by doing just one thing; we’ll need to defend effectively, play well, come from behind with the ball, and play vertically… We must play the entire game “, he pondered.

He also doesn’t believe the culé team will be eliminated from contention if they lose on Sunday. “We will have three more points if we win tomorrow, bringing us closer to the championship. We don’t have to believe that Barcelona will be eliminated; no matter what happens, they will play until the very last game “He was adamant.

It will also be the first Clasico since March 2020 at the Santiago Bernabéu. “The last time we were at the Bernabéu was a fantastic night; we all remember it and want to do it again. I believe it can be done again tonight, and we will give it our all “, he said, recalling the 2-0 victory in that match, with goals from Vincius and Mariano.

The one from Reggiolo confirmed that “the team’s identity has never changed” with regards to those of Xavi Hernández. “He has a very defined style of play, and Xavi embodies it extremely well; he is doing really well, and the team has progressed significantly. It has a terrific dynamic, and it is a complete team that performs admirably. His team is performing admirably “, he explained before moving on to the various types of play. “Real Madrid’s style must reflect the players’ personalities. You must play a good possession game if you have guys who can make a nice possession. Long balls are a useful alternative if you don’t have good defenses. I don’t rule anything out “he stated

“I’m not going to make a player play a style of play that they don’t enjoy or that makes them feel uncomfortable. We have a lot of energy in midfield, and every time we try to win a game, we design a different game “he stated “I’m happy and pleased, and everyone respects me. The players who do not play suffer more, but the interpersonal relationships remain positive. The players in this game are quite professional “He went on to say something about his relationship with the team.

Ancelotti addressed the problem of Eden Hazard and Gareth Bale in a different sequence. “Players at this level desire to be more visible. I haven’t given them much attention because I’ve chosen other players, but I’m delighted with them because they’ve always trained well “he stated

He finally gave in to Nacho’s “professionalism.” “Nacho’s character is well-balanced; he understands his role in the team and realizes that if he doesn’t play, nothing will happen. Whether he plays as a central defense, a winger, or neither, he is a consummate professional. He’s always at the top of his game “, it was concluded.