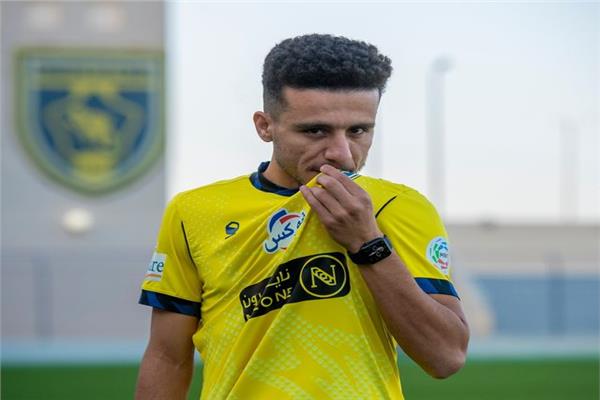 Egyptian professional Mustafa Fathi scored a goal for his team against Abha during the current match at Prince Sultan bin Abdulaziz Sports City Stadium in the framework of the 25th round of the Saudi Professional League.

Mustafa Fathi scored the first goal in the 17th minute, before Saad Baqir Abha equalized in the 44th minute from a penalty kick.

Al-Taawoun club seeks to win the match in order to stop the series of bad results that the team has been going through in the recent period; Al-Taawoun enters this meeting and is coming from a positive tie with Al-Faisaly with two goals for each team in the previous round.

While the Abha team enters the meeting, seeking to win in order to advance in its position in the league table and approach the golden square, after it was defeated in the last match, which was in front of its counterpart Al-Fateh in the 24th round, with a result of three goals without a response.

The two teams had previously faced each other in five matches in the Saudi League. Al-Taawoun succeeded in winning three matches, while Abha team won one match in its favour, and the tie between them ended in one match.

It is worth noting that Abha is ranked seventh in the Saudi League standings with 31 points, after playing 24 matches, winning 9 matches, drawing 4 matches, and losing 11 matches.

The Saudi League competitions are broadcast via SSC channels and the Shahid electronic platform, and SSC SPORT HD5 channel management officials assigned the task of commenting on the events of the meeting to Saudi sports commentator Mashari Al-Qarni.