Formula 1: Leclerc and Ferrari get their first poles of the season 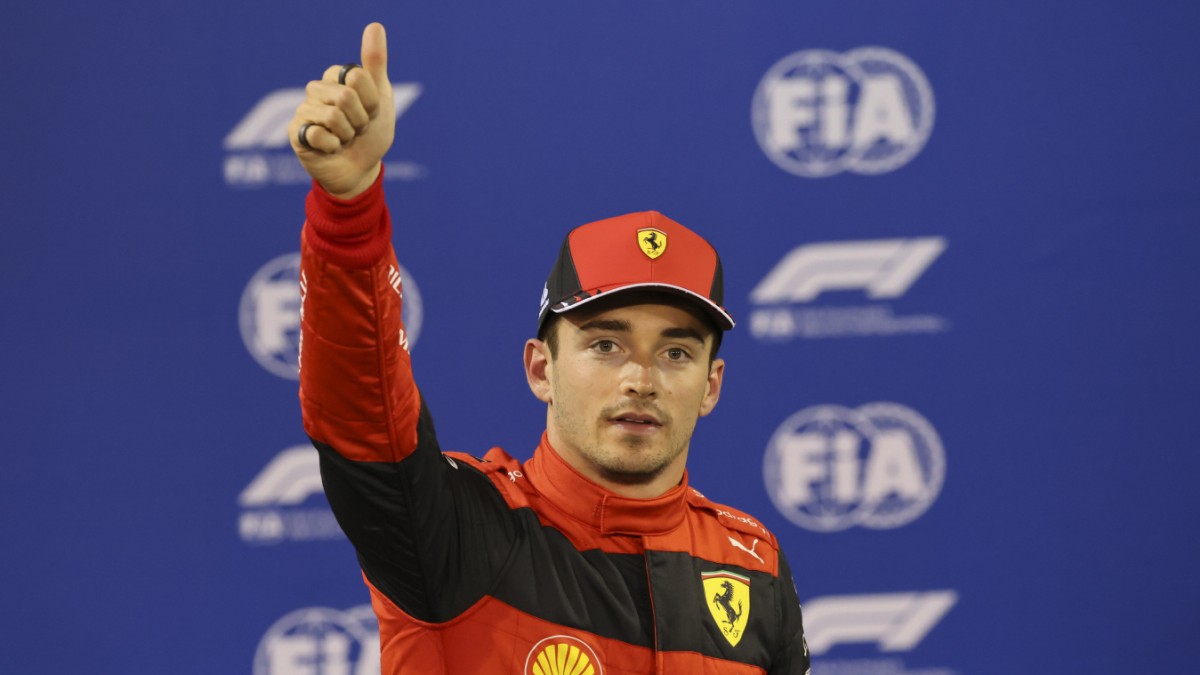 Under the floodlights of Bahrain, Ferrari driver Charles Leclerc overshadowed world champion Max Verstappen and world championship runner-up Lewis Hamilton. The Monegasque surprisingly grabbed first place on the grid for the Grand Prix opener in the desert on Saturday in Formula 1 qualifying. Verstappen finished second ahead of Leclerc’s Ferrari teammate Carlos Sainz. “Yeah, baby. I knew it was in the car,” Leclerc said.

Hamilton finished fifth in the Mercedes. Verstappen was satisfied. “It was a good day,” said the Dutchman after the first qualifying session in the brand new cars. Mick Schumacher missed the final knockout round in twelfth place. However, it was his best qualifying result after 14th place in Turkey in his debut season in 2021. In turn eleven, the Haas driver went off the track slightly and was later hugged and comforted by a team member.

For Schumacher it started in the last training session “with a pretty turbulent session”. “I had a feeling that the car didn’t fit,” he said. Here and there “a few mistakes happened on the last lap.” He hopes for points for the race. “I think that’s possible at the moment,” he said, referring to the right race strategy. “Mick can really step on the gas now,” announced team manager Günther Steiner.

The current performance of Mercedes is not a bluff

Nico Hülkenberg did not survive the first knockout round on his comeback. The short-term replacement for Sebastian Vettel, who was suffering from Corona, was 17 in the Aston Martin. “It was cool. Of course it was short and concise. But I’m satisfied with the laps,” said Hülkenberg to the Sky TV channel. “Personally, I left everything out. There wasn’t really much left to get, but it wasn’t supposed to be.”

The current performance of Mercedes is not a bluff. “I don’t think we can keep up with the performance of the leaders based purely on the pace,” said team boss Toto Wolff. There are “simple solutions” to get performance back. However, this would only “slowly crystallize”. Namely over the course of the currently scheduled 22 races of the season. “We will do everything we can to better understand the car and find performance,” announced Wolff.

There is still a lot to do at Mercedes before the first location determination on Sunday. Hamilton in fifth place on the grid, his new teammate George Russell in nine – that’s not enough for the constructors’ world champion. And Red Bull? Verstappen grabbed the first daily best time of the new year and was also at the top in the final training session. In qualifying, however, he was 0.123 seconds behind Leclerc.

“We have a good foundation,” said Red Bull team boss Christian Horner, who had won all world championship titles with Vettel as a driver between 2010 and 2013. Of course, Ferrari is also involved with Leclerc and Sainz for the victory in Sakhir. “It’s very impressive. We’ve been saying all winter they’ll be hard to beat,” admitted Horner. The Formula 1 rule reform with completely new cars has already ensured that this Grand Prix Sunday will be exciting. More thrilling chapters are to follow.