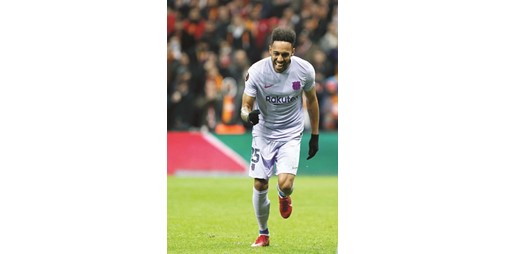 Football fans around the world will be on a date with challenge and suspense as they follow the “Earth Clasico” between Real Madrid and Barcelona at the conclusion of the 29th stage of the Spanish Football League tonight. The “Royal” arrives in the meeting, which will be held in its stronghold, “Santiago Bernabeu” and in front of its fans, at the top of the standings with 66 points, 15 points ahead of “Barca”, which is third in the overall standings of the competition, succeeding the runner-up Seville with 56 points.

As for Barcelona, ​​which is currently led by Xavi Hernandez, it has won 14 matches, drawn 9 and lost in 4 matches, knowing that he scored 52 goals and conceded 29 goals in the competition this season.

French striker Karim Benzema will miss Real Madrid in the “El Clasico” because he has not recovered from an injury to his left calf, his Italian coach Carlo Ancelotti announced yesterday. Benzema’s absence is a strong blow to the “Royal” because he is remarkably shining this season and scored 22 goals in the local league, leading the scorers’ list, and contributed greatly to his team reaching the quarter-finals of the Champions League by scoring his team’s three goals against Paris Saint-Germain, which It ended with a 3-1 victory in the second leg of the final. “Karim and (French full-back Ferland) Mendy cannot play (Sunday), Ancelotti said in a press conference on the eve of the match. They will stay here with us next week.” Ancelotti has wide options to choose a replacement for Benzema, including Mariano Dias of the Dominican Republic or Serbian Luka Jovic, and may even give the opportunity to Belgian Eden Hazard or the forgotten Welshman Gareth Bale on the benches of the reserve players.

The shirts of the two teams are among the most prominent features of this Clasico, as Real Madrid will play in a new black shirt specially designed to mark the 120th anniversary of the founding of the club, while Barcelona will play in its second yellow shirt. In previous confrontations this season, Real Madrid twice defeated Barcelona, ​​the first, 2-1 at the Camp Nou in the tenth round of the local competition, then won 3-2 at King Fahd International Stadium in Riyadh in the semi-finals of the Spanish Super Cup. .

The “Royal” is looking to continue its series of victories against its traditional rival, which it won in the last five matches, knowing that its last defeat came more than three years ago on the second of March 2019, but “Barcelona” will not be easy prey, as it has won since Xavi took over the task of training 34 points in 15 league matches. Today, Espanyol plays with Mallorca, Cadiz with Villarreal, Celta Vigo with Real Betis, and Seville with Real Sociedad.

At the opening stage, Athletic Bilbao drew 1:1 with its guest, Getafe.