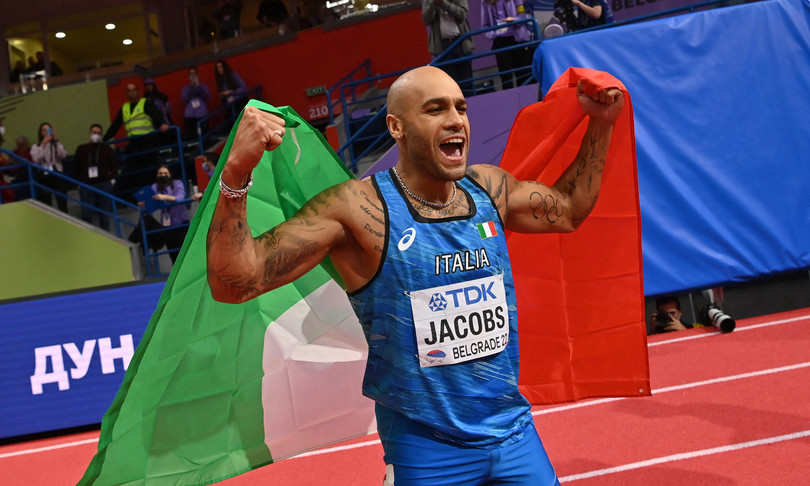 Marcell Jacobs is the new world champion of indoor 60 meters in athletics. The blue, Olympic gold medalist in the 100 meters, won at the World Championships in Belgrade in 6 ”41.

Jacobs on the track of the ‘Stark Arena’ of the Serbian capital conquered the gold medal of 60 meters with a superlative performance, perfect from the exit of the blocks to the finish. Marcell won in 6 ”41.

Same time trial for the American Christian Coleman but at the photo finish he was a few thousandths later than the blue. Bronze went to the American Marvin Bracy with 6 ”44. Marcell Jacobs, reigning Olympic champion in the 100 meters and 4×100 relay, set the new European record by just one hundredth of the previous limit that belonged to the British Dwain Chambers since 7 March 2009.

“Does the magic continue? Magic but also hard work. I came here trying to find the best conditions and we proved once again that we are the strongest when it counts.” This is how Marcell Jacobs comments, to Rai Sport’s microphones, on the gold medal in the 60 meters at the Indoor World Championships in Belgrade.

“I wanted to show that what I did at the Olympics was not a coincidence but the result of hard work over many years – he continues – I tested myself over a distance that wasn’t mine, I had to improve a lot and I managed to do it. now I can’t wait to go back to 100 meters to continue dreaming and making people dream “. Jacobs struggles to hold back the emotion: “I really wanted these moments. If I had to win the three big races this year (Indoor World, World and European Championships, ed) I would have won everything there is to win in athletics. And the first is gone “.