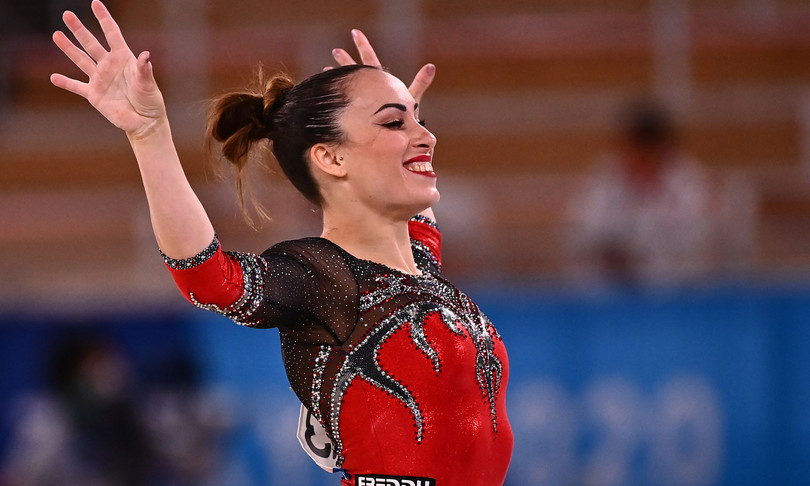 ` – Vanessa Ferrari wins the silver medal in the Tokyo 2020 free body final, one of the most prestigious competitions in gymnastics. The 30-year-old Italian athlete closed his exercise with a score of 14,200, preceded only by the American athlete Carey who won gold with a score of 14,366. Third step of the podium occupied by the Japanese, and home champion, Murakami, and by the Russian Melnikova (for both scores of 14,166).

Vanessa Ferrari’s is a career silver. The ‘Orzinuovi butterfly’ managed to win the only medal that was missing from his collection, the one with the five Olympic rings.

Ferrari, in its fourth Olympic participation in Tokyo 2020, won a well-deserved silver in the free body behind the American Jade Carey.

Vanessa’s is a silver that is worth a lot inside her, starting with those many restarts due to numerous injuries. On the notes of ‘Con te partirò’ by Andrea Bocelli, the blue gymnast not only thrilled the few present at Ariake Gymnastics in Tokyo but also wrote the most beautiful page in the women’s sector.

Standard bearer of the Army Sports Center, the gymnast has been spinning around the world for over twenty years. In 2006 the first step in the history of Italian sport: the world title in the individual at the Aarhus kermesse in Denmark where he also won bronze in the free body and parallel bars.

Also at world level, she had won silver in Antwerp in 2013. Four European titles, the first at team level in 2006 in Volos in Greece, then those in Amsterdam in 2007 (individual and freestyle) and in Sofia in 2014 always in the free body. In the showcase there are also three silver and four continental bronzes. In the World Cup Vanessa won in all the tools, from the parallel bars to the free body, from the individual to the beam.

Never had an Italian gymnast on an individual level managed to get on the Olympic podium unlike the men who boast 27 podiums, 14 of them first places. The only podium at the Italian women’s gymnastics Olympics dates back to 9 August 1928 when, at the Amsterdam edition, Italy won team silver.