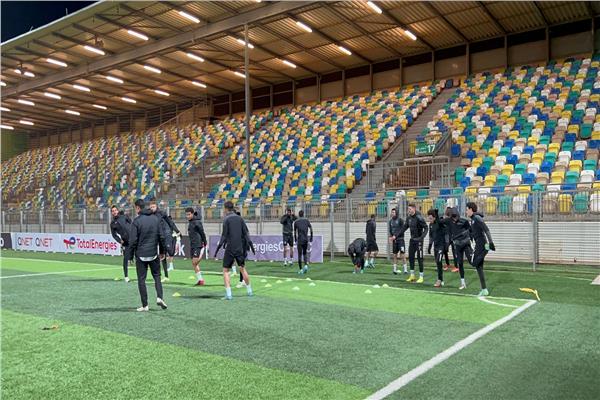 The Pyramids mission received a notification from the medical coordinator observing the team’s match against its Libyan counterpart Al-Ahly Club, Tripoli, regarding the negative medical smear that the mission underwent to detect the Corona virus before the match.

Pyramids will visit Al-Ahly Club Tripoli at 9:00 pm today at the Benina Martyrs Stadium in Benghazi in the context of the fifth round of the group stage matches of the African Confederation Cup.

The organizing officials of the Confederation of African Football, CAF, confirmed that the match between Al-Ahly Tripoli, Libya and Pyramids at the Benina Martyrs Stadium in Benghazi will be held without a public presence, according to the instructions of CAF.

Security officials made it clear that the meeting will be without a public presence, and attendance will be limited to those who hold match cards and official invitations.

Pyramids was the first team in the group stage to take its place in the quarter-finals, after reaching the tenth point after 3 victories and a draw in the past four rounds.