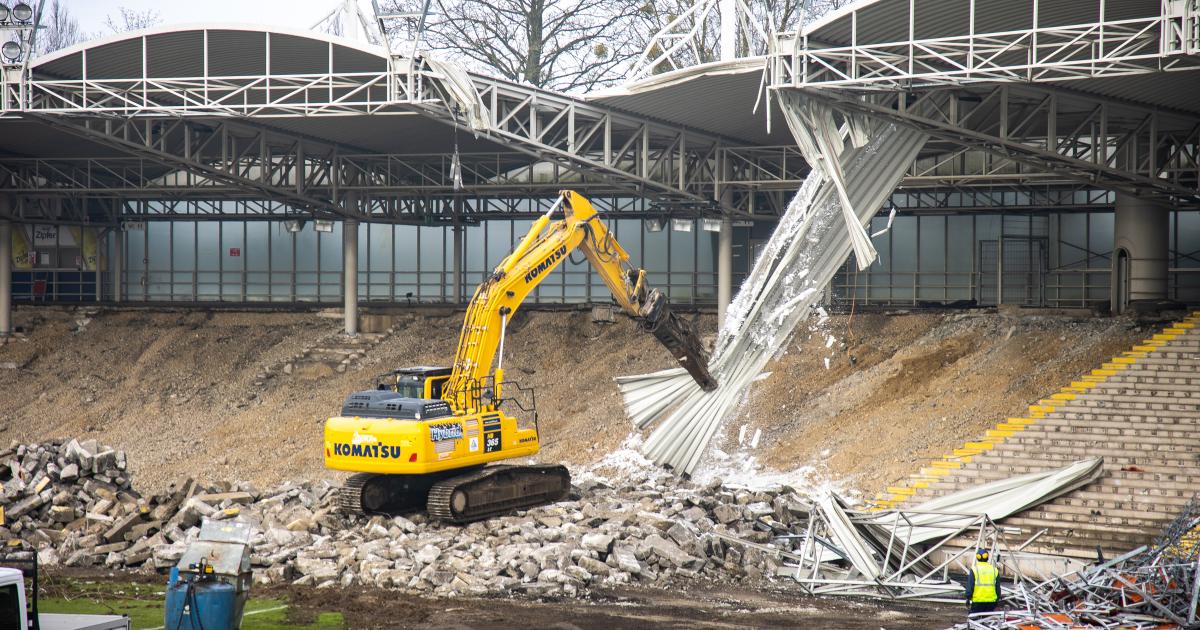 The work on the stadium of the Bundesliga soccer club LASK can be continued for the time being. After the building authorities had imposed a temporary freeze on construction, they gave the green light for further construction after a local inspection on Monday – however, the freeze on construction has only been postponed: the association and the construction company Porr now have eight weeks to submit the plans for the unauthorized basement area, said Mayor Klaus Luger (SPÖ) on the sidelines of an event.

The reason for the construction freeze was that the project submitted and approved for construction did not match the actual construction. According to Luger, the deviations in the basement of the stadium are “noticeable and relevant”. This was determined during a routine inspection by the building authority. A LASK spokesman had reported to the Upper Austrian media about “planning mistakes from the past” and “technically unavoidable changes”. Loud OO news (Saturday edition) the basement of the main grandstand was about 500 square meters larger than planned.

The builders must now subsequently apply for a permit. However, the city manager assumes that this is only a “formal legal” matter. “Nothing stands in the way of the continuation of the construction. All other permits are currently available for a legal review. In any case, it was important to us to find a quick solution,” he emphasized after the on-site inspection on Monday. So there shouldn’t be any problems with the basement extension, neither from the point of view of water law nor from the point of view of the residents.
The ground-breaking ceremony for the stadium on the Gugl was held last October, and completion is scheduled for February 10, 2023. Inadequacies in the award process had led to a new tender having to be put out again. LASK is currently playing in Pasching.