Queiroz and Cisse. The Portuguese’s experience in qualifying for the World Cup collides with the dreams of the Senegalese 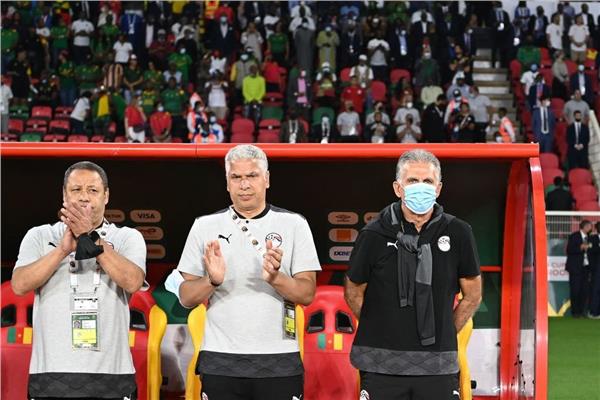 The national football team, led by Carlos Queiroz, is preparing to face Senegal in the final phase of the African qualifiers for the 2022 World Cup.

Egypt will meet Senegal in the final stage of the African qualifiers for the 2022 World Cup, back at Cairo Stadium on Friday 25 March at 9:30 pm, with the return match in Dakar on Tuesday 29th of the same month at 7 pm Cairo time.

It seems that the confrontation will be hot for the technical coaches of the two teams, especially since the two have already qualified for the World Cup during their training career. The Portuguese Carlos Queiroz seeks to qualify for the World Cup for the fifth time in his history and the third in a row, while Senegalese Cissé hopes to qualify for the second time in his history and the second in a row.

Queiroz led 3 teams to reach the World Cup 4 times, starting with the South African team, with whom Queiroz participated in the full qualifiers, and was the main reason for qualifying for the 2022 World Cup, but he left 3 months before the World Cup due to a dispute with the South African Federation, and in 2008 Queiroz took over the training of Portugal and led the national team To the 2010 World Cup before qualifying with Iran in 2014 and 2018, respectively, a feat that no coach in Asia has achieved.

Egypt will meet Senegal in the final stage of the African qualifiers for the 2022 World Cup, back at Cairo Stadium on Friday, March 25, at nine thirty in the evening, with the return match in Dakar on Tuesday, 29 of the same month at seven in the evening, Cairo time.
The match will be broadcast on Ontime Sport channels, which have the rights to broadcast the Egypt match in the World Cup qualifiers.