Barça punishes a brave Real Madrid in the Champions League 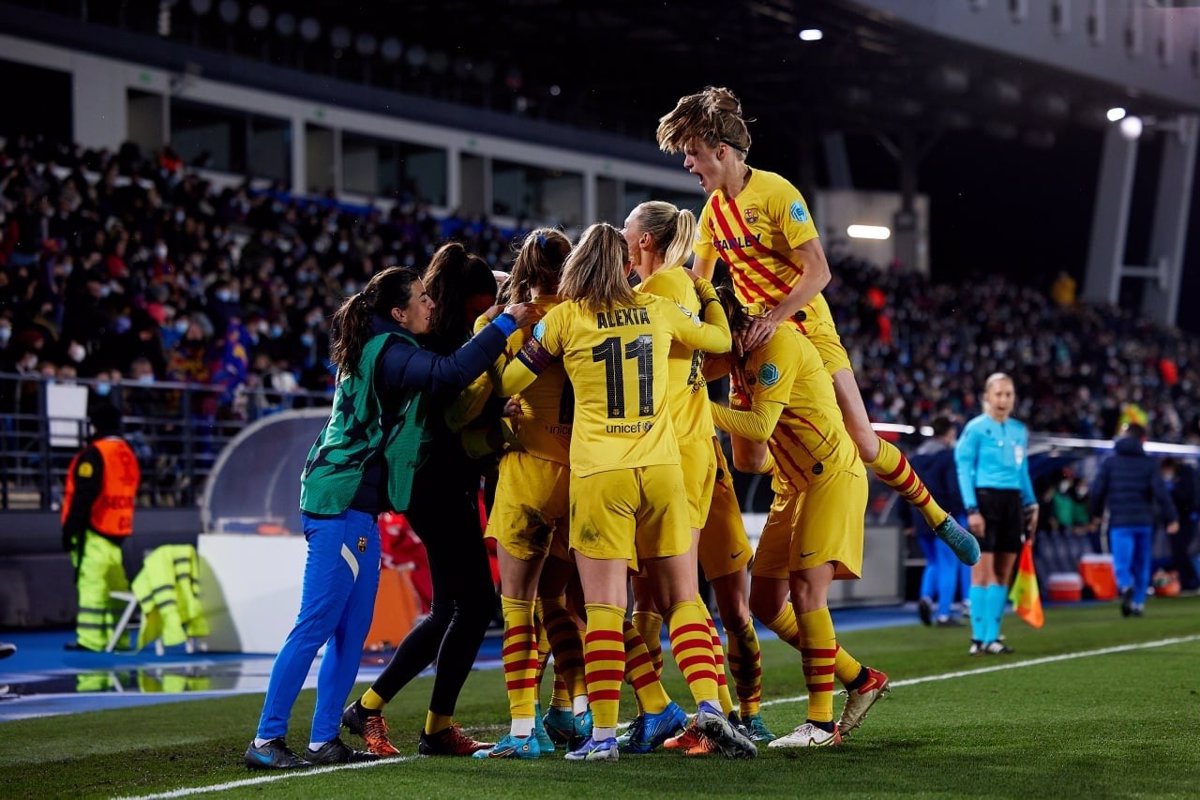 FC Barcelona put a foot and a half in the semifinals of the Women’s Champions League after defeating this Tuesday by 1-3 at the Alfredo Di Stéfano Stadium in the first leg of the quarterfinals against a Real Madrid that stood up and was competitive .

The Madrid team wanted to put a lot on their part to add as much emotion as possible to the historic return that will take place on March 30 in a packed Camp Nou. He was ahead on the scoreboard and enjoyed good chances to have had more of an advantage, but he could not contain the champion of the Primera Iberdrola in the second half, who came from behind and ended up inflicting a harsh punishment with the 1-3 in the minute 94.

Real Madrid surprised their rival somewhat from the start. Toril put together a team with more strength in the middle and pressed high up to upset the current champions who, despite an early warning from Alexia Putellas, found themselves behind on the scoreboard against all odds, something they are not used to.

Madrid’s pressure caused an error in the visiting midfield and the transition led by Esther González ended with a measured pass from her to Olga Carmona. The Andalusian, playing more on the wing, crossed with quality against Sandra Paños to make it 1-0 at the Alfredo Di Stéfano Stadium.

The goal did not make Barça react at all, who had a hard time getting the ball out and playing with their usual fluidity due to local work, which deactivated both Alexia, Patri Guijarro and Aitana Bonmatí, as well as Graham Hansen, who could not take the danger of the league clash on her side where the Real Madrid coach placed a more physical player like Svava.

However, little by little, the Catalan team tightened their pressure and began to command more in the game, although it only resulted in a powerful shot from Guijarro, well stopped by Misa Rodríguez, and a close header from Jennifer Hermoso that It was close to the stick. After the overwhelm, Real Madrid recovered and enjoyed two great chances to gain more advantage through Esther. The Andalusian ran into the post after a foul launched by Zornoza and then with a good hand from Paños.

After the break, Giráldez retouched his team with the entry of the young Claudia Pina for the booked Leila Ouahabi, lowering Rölfo to the side. Barça improved and in an arrival Olga Carmona contacted Graham Hansen and the referee, after the VAR notice and consulting the monitor, decreed the penalty in the face of local protests that allowed Alexia to equalize.

Toril’s team was able to regain the lead shortly after a bad ball run by Paños, but his powerful shot from the edge of the box went over the crossbar. Clearer was Pina’s straight away with his shot with everything in his favour, after a powerful run by Rölfo, too high.

The current champion already had more peace of mind against a rival who was paying for his great wear and tear, but who was trying not to lose face in the duel. Toril tried to get oxygen for the final stretch with Caroline Moeller, Kenti Robles and Nahikari García and resist the final push from the visitors.

It was unsuccessful because Barça found space to put together a quick counterattack and Pina made it 1-2 in the 81st minute after picking up a rebound from a Bonmatí shot that was repelled by the defence. Real Madrid could not find the equalizer and when the game came to an end they received a harsh punishment with Alexia’s 1-3, which culminated with quality a great play by Hermoso and Guijarro that already made the pass very difficult.