The curse of the quarter.finals for the blue teams in Tokyo 2020 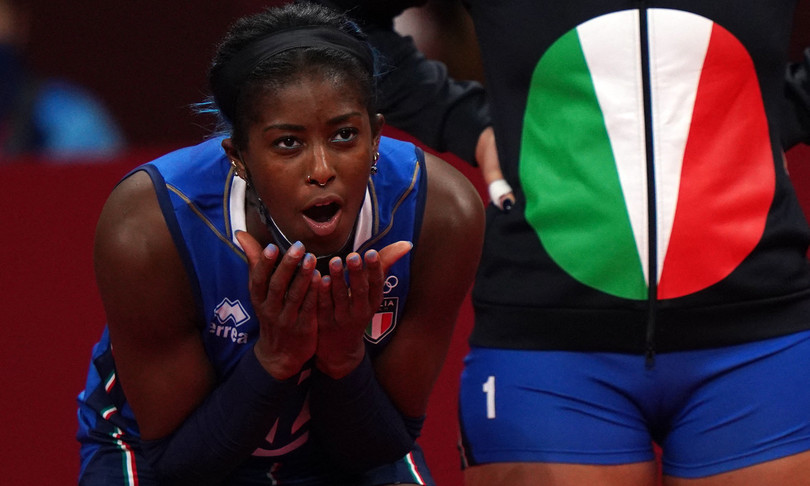 ` – Basketball, water polo and volleyball. The Italy of the most traditional team sports has stopped a step away from the Olympic dream. The threshold was that of the quarter.finals, a dividing line that cruelly divides the joy of playing for a medal from the disappointment of returning home empty.handed.

A collective, team wooden medal that does not soothe the regret of those who know they have lost a great opportunity. One of those chances that only come every four years and, for many, just once in a lifetime.

The blue basketball came out with a very high head after a summer lived with a thousand adrenaline and began with the victory at the pre.Olympic against the very strong Serbia, beaten at home and against all odds. The convincing victories with Germany and Nigeria, and the honorable defeat against the quoted Australia, had fueled forbidden desires for the podium then interrupted by the very strong France.

The transalpines, with no awe of the United States, they aim for gold and against the boys of Meo Sacchetti they had to sweat seven shirts to avoid, for them yes, a sensational elimination. In short, from this ride the Italian basketball movement starts again that greets the great veterans like Belinelli and Datome, absent in Tokyo, to rely on the new generation represented by Nico Mannion, Simone Fontecchio and Achille Polonara.

The disappointment under the net

The opposite is what must be done for the shipment of the Italian volleyball team to Japan. The men’s team, reigning Olympic vice.champion, surrendered to the tie.break against the Argentines who fielded more “garra” and “determination” and brought home a more than balanced game.

Italy had already faced the Albiceleste team three times in recent months without ever conceding more than one set. An unexpected defeat that extinguishes the dreams of glory of the staff led by Mr. Blengini who, in view of Paris 2024, will have to find new life, in addition to that already brought by Michieletto, to help veterans (more and more veterans) such as Juantorena, Zaytsev and Giannelli.

Even in the women’s field, there are many recriminations. The opponent, still Serbia, was certainly more fearful but it is the ‘how’ the defeat came to worry coach Mazzanti and the Italian staff. A clear 3.0, no ifs and buts, with the blue never entered the game and literally crushed by rivals.

Even Paola Egonu, one of the strongest and most effective players on the entire world scene, has not been able to guide her teammates to a reaction that so many fans expected. Decisive, in this sense, is the discontinuity put in place by Italy which, with the defeat against China in the last match of the group, exposed itself to a more complicated draw and, therefore, to a premature exit from the competition.

This series of burning defeats ends with Settebello by Sandro Campagna who surrendered, again in the quarterfinals, against the ubiquitous Serbia. Also in this case, despite the opponent’s caliber, what leaves a bad taste in the mouth is the feeling that there has never been a competition between the two teams.

After the initial 2.2, in fact, the blue waterpolo never managed to fill the break of three goals scored by the Slavs who, from that moment on, controlled a match in which the result (10.6) was never been appeared in discussion. In short, four defeats that cry out for revenge and that, in this sense, can teach a lot in view of Paris 2024 but also of the intermediate, world and European events.