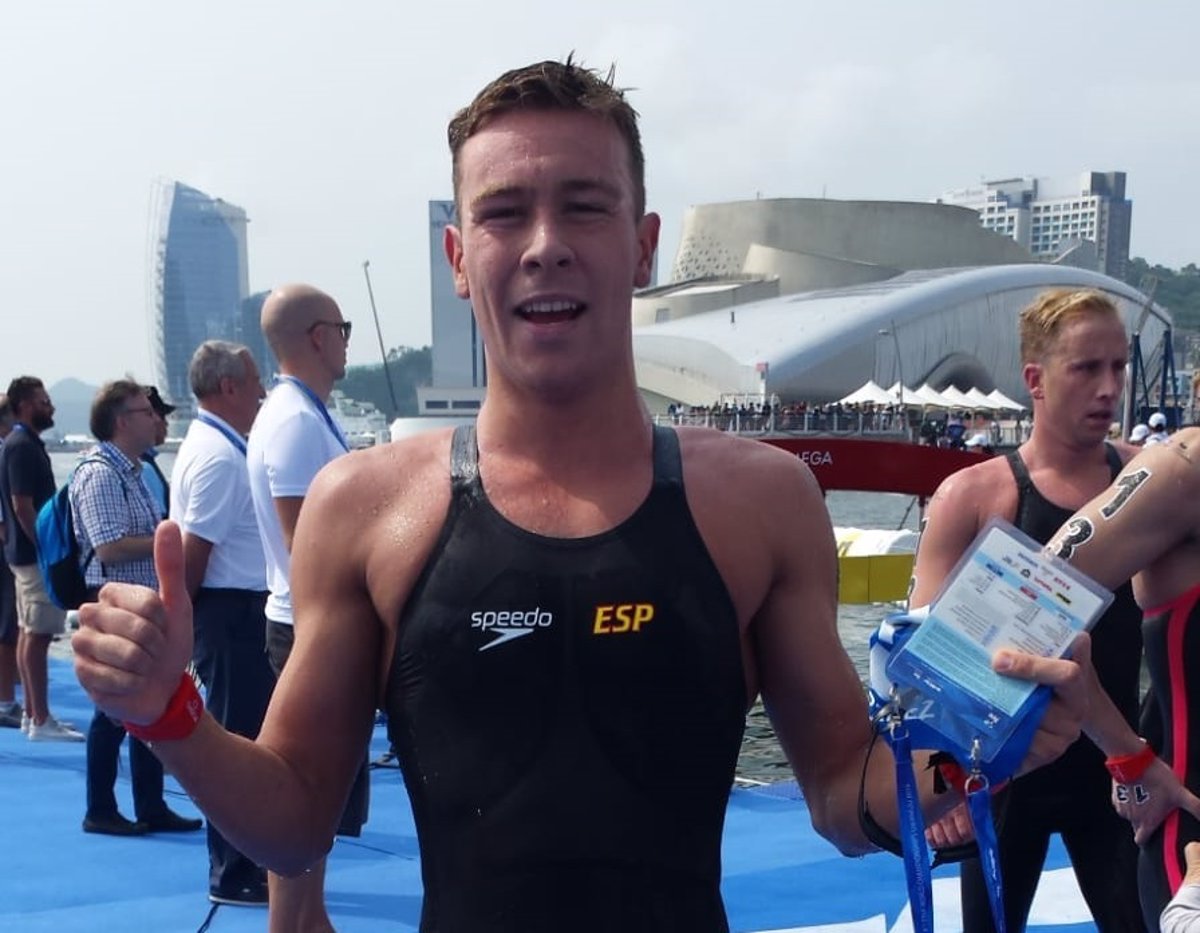 The German swimmer Florian Wellbrock won the gold medal in the ten.kilometer open water event at the Tokyo Olympics on Thursday, in a test that he dominated from start to finish and in which the Spanish Alberto Martínez could not be in the front spots and finished in eighteenth position.

The German, current world champion, signed an exhibition at the Odaiba Marine Park in the Japanese capital, where he hardly found a rival, with a risky tactic based on escaping from practically the starting gun.

Wellbrock opened a gap from the beginning and forced the rest of the candidates to do their best to try to neutralize him, something that did not happen because he always managed to keep the head of the test. And despite shooting from the beginning, he still had the energy to stretch his lead again in the last mile and a half and win with a time of 1: 48.33.

Behind the champion there was more fight to complete the podium, centered on the Hungarian Kristof Rasovszky and the Italian Gregorio Paltrinieri. The Magyar was always one of Wellbrock’s main pursuers and was able to contain in the final meters the acceleration of the transalpine to take the silver for two seconds, and 25 behind the winner.

For his part, Spanish swimmer Alberto Martínez could not be in the fight for the front positions and finished in eighteenth position with a time of 1: 53.16, 4:42 behind Wellbrock. The Murcian came to be thirteenth, then dropped to twenty.third position and ended up unsuccessfully struggling to finish in the ‘Top 15’.