Šebetić about associates who stayed in Ukraine: They do not respond, I really hope that everything is fine 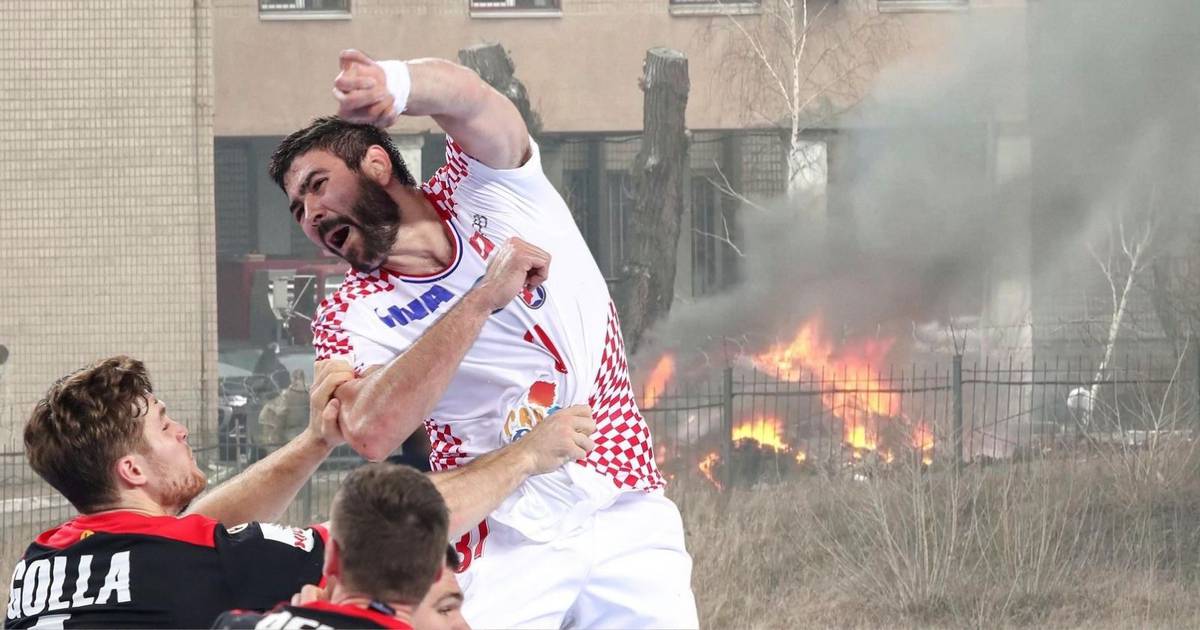 Croatian national handball team member Luka Šebetić transferred from the Ukrainian Motor League Zaporozhye to the Spanish first division club Viver Herol Navu on Wednesday, and in an interview with Hina he said that he left the war-torn car Ukraine.

Shebetic arrived in Zaporozhye, a city of 716,000 in southeastern Ukraine, from Tremblay, France, last summer. He signed a two-year contract with Motor.

– I was very pleased with the Motor. We played in the Champions League, we fought for the passage of a very strong group, everything was in place – says the 27-year-old right winger.

Everything changed on February 24 when Russia launched an invasion of Ukraine. On that day, Šebetić returned with his teammates from neighboring Poland, where they played a Champions League match against Kielce. They landed at the airport in the capital Kiev.

– I heard the bombing that day. They told us that part of the airport was bombed – says Šebetić.

The Ukrainian championship was stopped on the same day, and dozens of handball players found themselves in an uncertain situation. The next day, danger sirens sounded in Zaporozhye, so the 198-centimeter-tall player ended up in a shelter with other citizens.

“The atmosphere was bad,” he said.

The longer the time in the shelter became, the more certain it became that the match with Kielce was his last in a Motorcycle jersey. He scored 27 goals in 11 Champions League matches but the sport ceased to exist in the city on the Dnieper River.

The next day, February 26, Sebetic drove to Kiev. He was accompanied by his children, his wife and her father.

“Given the situation, ten more people would care if they needed to,” he says, smiling reluctantly.

Military patrols stopped the car several times but there were no problems. They continued towards the border and entered Moldova in the evening. From there they headed for Croatia.

– After the World Handball Federation (IHF) decided that we may sign contracts with other clubs until the end of the season, I received information that some are interested in me. I opted for Nava. I received recommendations for their coach – he adds from an apartment in Zagreb where he is preparing for a trip to Spain.

Nava is a club from Nava de Asunción with a population of just under 3,000, located near the city of Segovia in the central part of the country.

– I’m flying to Madrid on Sunday. People from the club will meet me there and take me to Nava – he explains. He has agreed to work with them until the end of the season, so he hopes to “get to know the Spanish handball style better and stay in shape”.

Nava ranks 10th among 16 clubs in the championship, and on Wednesday the management announced that it had used the situation to bring in top-level players.

Šebetić, who won a bronze medal with Croatia at the 2016 European Championships in Poland, was with the national team at the preparations in Varaždin last week. Croatia will play against Finland in the World Cup qualifier in April. Finland previously had to play against Ukraine, which gave up.

– There is a great atmosphere in our national team. We trained well, so now we are waiting for the qualifications with Finland – Šebetić points out.

While in Zagreb he prepares things, he follows the events in Ukraine.

– As far as I hear, Zaporozhye is relatively good compared to some other cities – he notes. His teammates from Motor left Ukraine last weekend through the national team, and only the team doctor and fitness coach remained in the city.

– I don’t know what happened to them. I just called them but I couldn’t reach them. I really hope they are well – he adds worriedly.

The Croatian handball player did not say goodbye to Motor, but he does not know if he will be able to return to the floor of his hall.

– For now, I still have a contract with Motor for next season, but at the moment I don’t know what will happen with that – he concluded.