Ten moments to remember of Leo Messi in the FC Barcelona 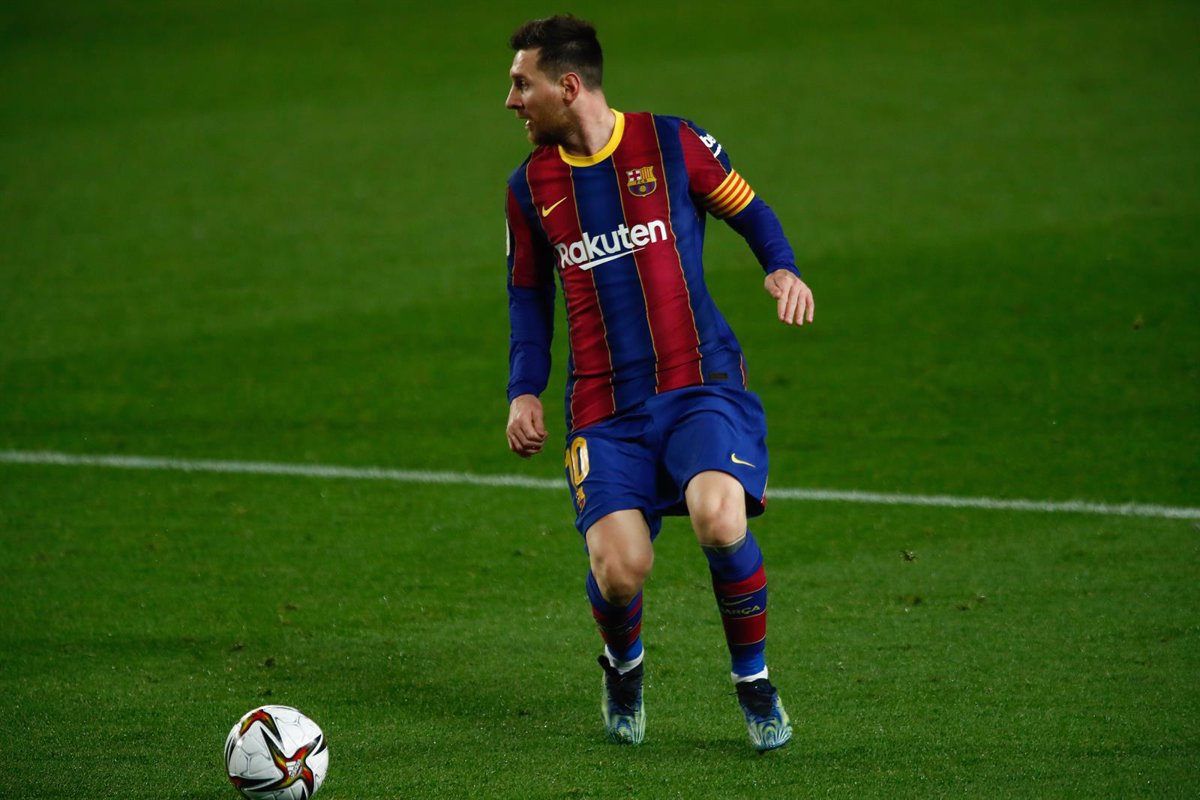 Leo Messi will no longer play at FC Barcelona, ​​thus ending 17 years of relationship since he officially debuted. We remember some of his best moments with the Blaugrana shirt.

1. Make your debut with the first team. On October 16, 2004, Leo Messi made his official debut for Barça. He did it hand in hand with Frank Rijkaard in a derby against Espanyol, in which he entered in the 82nd minute, aged 17 years, 3 months and 22 days.

2. First goal with Barça. The one from Rosario celebrated his first goal as a Blaugrana on May 1, 2005 against Albacete. His magical left foot did not miss a pass from the then idol of the fans, Ronaldinho, to beat Valbuena in stoppage time.

3. The goals of the finals in Rome and London. Of the three Champions League finals that he played with the Catalan team, in two he was the protagonist with goals. In Rome 2009, he sentenced the game with a plastic header before the astonished look of Van der Sar, United goalkeeper who could not do anything when Messi scored 2.1 at Wembley two years later.

4. The Champions exhibition at the Bernabéu. Although the Champions League has been elusive in recent years, Messi left some great demonstrations in the time of Pep Guardiola’s best Barça. One of them was at the Bernabéu, in the first leg of the 2010.2011 season semifinals, with a double that led to the passage to the final, the second of great quality.

5. The hat.trick to Real Madrid. The man from Rosario leaves Barça after scoring 26 goals against the ‘eternal rival’, before which he debuted his scoring account in a big way, with a triplet in the tie at three at the Camp Nou in the 2006.2007 LaLiga season.

6. From his first to his last Ballon d’Or. The ’10’ won up to six ‘Ballons d’Or’ with the Catalan club. The first was granted to him after the wonderful 2009 and the ‘Sextete’ and from there he chained another three more in a row. Then he won 2015 and 2019 to become the top winner of this trophy, to which he also aspires in 2021.

7. The ‘Maradonian’ goal. Messi has always been in comparison with Diego Armando Maradona to see who was the best in history. The blaugrana emulated the ‘Pelusa’ with a goal that reminded him of the latter against England in Mexico’86 when he grabbed the ball and was overflowing Getafe rivals in a Copa del Rey tie, a goal that was hardly worth because his team was later eliminated on a ‘black night’.

9. The Leverkusen poker. The ’10’ was able to score five goals in one night. His victim was Bayer Leverkusen on March 7, 2012 in the second round of the ‘Champions’ and his gale occurred between minutes 25 and 62 and within a spectacular 7.1.

10. The shirt at the Bernabéu. Leo Messi showed his most challenging face with the stands of the Santiago Bernabéu in a vital match of the 2016.2017 season. With 2.2 on the scoreboard and in injury time, he did not forgive one against and his traditional connection with Jordi Alba to make it 2.3. The Argentine took off his shirt and showed it to the crowded stands of the Madrid fans.