Sentiment is excellent for Mancini’s national team on social media 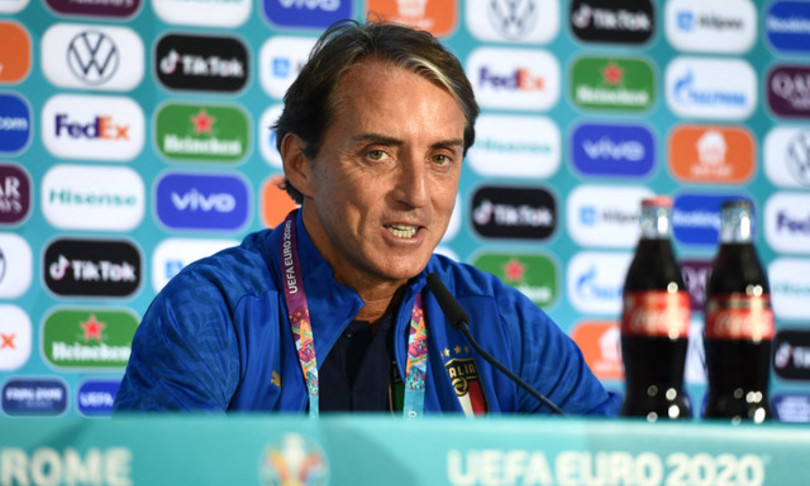 AGI – The appreciation of the fans on the net is very high for Florenzi and Barella, but the farewell to Milan weighs on Donnarumma. Positive “sentiment” about Italy, but from France they attack: “National racist”. The sixteenth edition of the 2020 European Football Championships – postponed to 2021 due to the pandemic – will be hosted in eleven cities, starting today at the Olympic stadium in Rome with Turkey-Italy, the inaugural match of the event with 24 participating teams.

The Twitter and Facebook accounts of the National team are very active with daily publications that tell the stages of approach to the first race, and the most significant moments directly from the “Casa Azzurri” headquarters.

The most popular hashtags #VivoAzzurro, #SognoAzzurro and # EURO2020 that accompany Italy circulate on social networks, finally after five summers without major official competitions; the last match of a tournament dates back to 2 July 2016, when the national team lost on penalties against Germany in the quarter-finals of the European Championships in France.

The number of conversations on the European football championships remained low overall until the first days of June; before then the interest of the fans was linked to Serie A, to the change of coaches on many benches and to the rumors of the transfer market. Then on 2 June, the day of the summons of the Technical Commissioner Mancini, the interest focused on the national team, discussing the surprising call-up of Giacomo Raspadori, the exclusions of Gianluca Mancini and Matteo Politano, the return of Matteo Pessina, who replaces the injured. Sensi and on the convocation of Federico Bernardeschi. Since that day the trend has been increasing until this week’s peak, in which the mainstream conversations of fans are exclusively focused on Europeans.

As is often said, Italians in love with football transform themselves into coaches; even in this competition many have unbalanced themselves with their respective preferences on the players to be deployed. With the artificial intelligence algorithms of KPI6 * we monitored the conversations on the net, applying a classification to attribute values ​​of “sentiment” and admiration to the players, thus establishing an appreciation index.

By reviewing the conversations on all the players called up, we observe that the most appreciated by the audience are Alessandro Florenzi of PSG (64%), Nicolò Barella of Inter (62.5%) and Jorginho of Chelsea (58.1%). while Donnarumma, Chiellini and Bonucci stand at much lower values. The recent transfer market events weigh on the Milan goalkeeper, in fact many fans did not appreciate the farewell to Milan, expressing disappointment despite being the national goalkeeper.

For Chiellini and Bonucci, on the other hand, the low approval rating is due, in the opinion of the fans, to age and presumed physical wear, preferring Bastoni and Acerbi.

In the graph we have established the national team of fans according to the approval rating, comparing all the players called up, for each role. It is interesting to note that the scores on the role of the center forward are not particularly high, Immobile obtains 40% of appreciation, over ten points less than the two comrades in the department, Chiesa and Insigne.

Coming to the predictions, monitoring the conversations with Italy and the Italian fans, regarding the opening match with Turkey, Italy is very favored with 82% of the fans believing in a victory.

Finally, there is a controversy coming from France, which in these hours is taking up space on the net: on Twitter several French users accused our national team of racism, commenting on the photo of the team in which no black players appear. “Nobody will support you, gang of racists,” writes one user. “Try to say that this country (Italy, ed) is not racist”. Another adds: “Racist slap”.

Our Azzurri posing with their equipment supplier Emporio Armani!

Beyond this controversy that is unfortunately attracting attention on the net in these hours, in general the sentiment analysis on the Azzurri is positive, even with some hints of humor, as on the new official uniform inspired by the 1982 World Cup: the color and the collar to the Korean they do not convince many fans, who ironically approach the Azzurri with a team of “masterchefs”. A pretext, in fact, to publish numerous memes and joking contents.