Italy shoulder strap. He loses to North Macedonia and will not play the World Cup 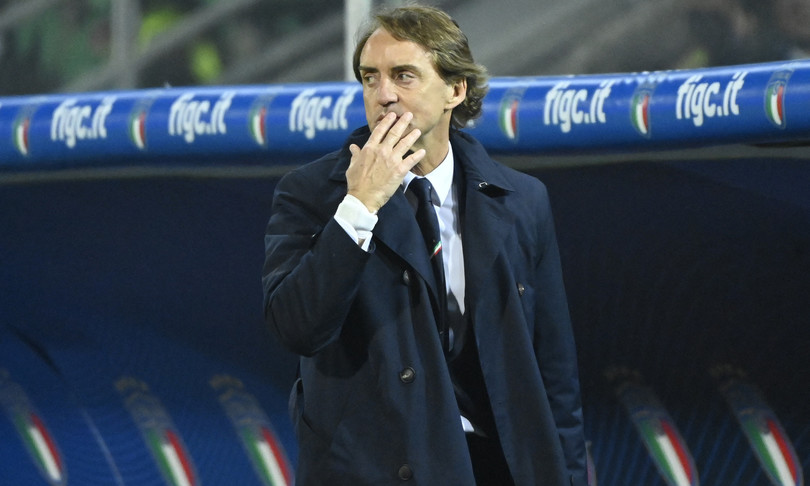 Nothing to do for Italy, the qualification for the world championships in Qatar does not arrive. At the “Renzo Barbera” in Palermo it was North Macedonia that went through by winning 1-0 with a goal scored at the 92nd which condemned the Azzurri.

The Azzurri, reigning European champions, dominated against an opponent who was within our reach but did not find the goal despite 32 shots on goal against Macedonia’s 4, one of which was decisive, that of Trajkovski in the 92nd.

Sixteen corners beaten by Italy, zero by Macedonia. Mancini has changed a lot, Pellegrini for Immobile, Tonali for Barella, Raspadori for Insigne, Joao Pedro for Berardi, Chiellini for Mancini. It is the second time in a row that the Azzurri have not taken part in the World Cup.

“If that of Wembley is the best thing on a professional level, this is the biggest disappointment”: the national team coach, Roberto Mancini, does not hide his regret after not qualifying for the World Cup. ù

“Football is like this, incredible things happen, it’s difficult to talk about the match – he told Rai Sport – The victory in the European Championship was deserved, then luck turned into total misfortune. There were episodes, one would have been enough. to be at the World Cup “.

It is not the time to think about the future: “Let’s see what happens, the disappointment is too great to talk about now. I love my boys more now than last July”, concludes the coach.

The #Azzurri mocked in the recovery, they do not go to Palermo#ITAMKD #National #VivoA Azzurro pic.twitter.com/1B5IUGYMgt

The playoff final for the Qatar 2022 World Cup will be Portugal-North Macedonia. While the Balkan team surprised Barbera against Italy, the Lusitanians beat Turkey 3-1. Otavio’s goals in the 15th, Diogo Jota in the 42nd in the first half. In the second half, the Turks shortened with Yilmaz in the 65th and nearly equalized with a penalty awarded by the Var for Fonte’s foul on Unes, sent to the stars by Yilmaz himself. In the final, Nunes scored in the 94th position.