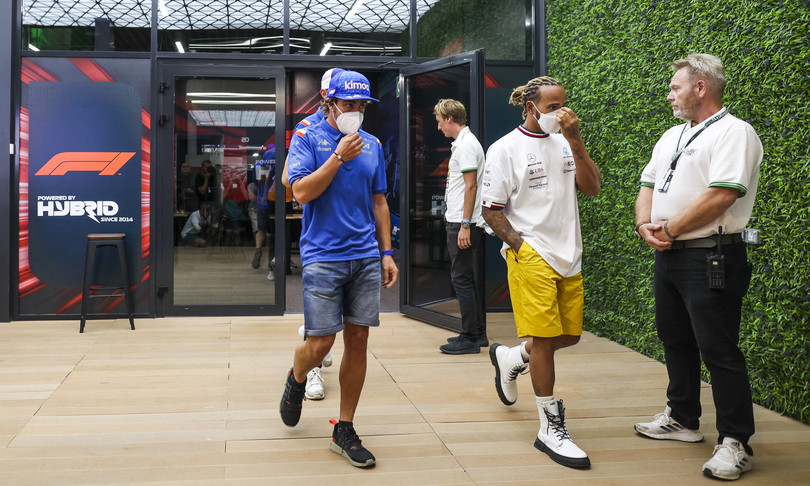 Lewis Hamilton and four other drivers did not want to race the Saudi Arabian Grand Prix after the missile attack by the Yemeni Houthi rebels against an Aramco production site, just 20 kilometers from the Jeddah circuit. From what has been leaked, the seven-time world champion, Fernando Alonso, George Russell, Pierre Gasly and Lance Stroll would have asked for guarantees on safety for fear that the race could end up in the crosshairs of the Shiite group that had claimed the attack.

Only on Saturday morning did the definitive confirmation of the owner of Formula 1, Stefano Domenicali, arrive that “I will race regularly”. The 20 pilots of the ‘circus’ lined up with a statement from their association: “Looking at the smoke in the distance it was difficult to stay focused and erase what are human concerns”, they explained, “as a result we had long discussions” and “in the end we decided” to race in the hope that the Saudi Arabian Grand Prix “will be remembered as a good race rather than this accident”.

In fact, during the night there had been a series of frantic meetings that lasted for four and a half hours: first Domenicali and the president of the FIA, Ben Sulayem, with the representatives of the 10 teams and drivers saw the organizers and local authorities receiving reassurances on the strengthening of all preventive measures.

Then the drivers association (GPDA) discussed what to do for three and a half hours, with five drivers lined up not to race. Finally, the confrontation with Domenicali and Ross Brawn, F1 manager, from whom he arrived late at night gives the final go-ahead. A waiver would have been even heavier due to the fact that Aramco is F1’s global partner since 2020with brands on the track, and is the main sponsor of both the United States Grand Prix and, starting this year, Aston Martin.

“It has been a long night, but we have to focus on the facts, we have all seen what happened, it is not the first time that such incidents have occurred here, unfortunately”, remarked Mattia Binotto, Ferrari team principal, underlining that the Formula 1 “must convey a positive message”. “It is a goal and our duty to be here”, he added, “the pilots understood that it would be wrong to leave the country”. “Nobody in Ferrari has expressed a desire to leave”.

Stunning photo of an A330 landing in Jeddah after Saudi Aramco’s oil depot was attacked by Houthi missiles.