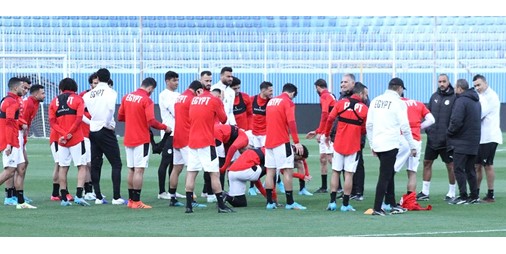 The Egyptian sports street is awaiting ten thirty in the evening, Kuwait time, when the Congolese referee, John Jacques Ndala, blows the starting whistle for the match between Egypt and Senegal in the first leg of the final qualifiers for the World Cup (Qatar 2022), with more than 60,000 fans in Cairo Stadium for the first time in many years, other than millions On television screens in homes, cafes, clubs, cafes and Arab countries, in the hope that the “Pharaohs” led by Mohamed Salah will achieve a reassuring victory over the “Lions of Teranga” led by Sadio Mane before the second leg scheduled in Dakar next Tuesday.

Egypt coach Carlos Queiroz has prepared a balanced offensive and defensive plan to snatch the victory against the African champion, and in light of his study of the competitor after the meeting that brought the two teams together in the African final in Cameroon.

It is expected that the “Pharaohs” will play the match with a formation consisting of: Mohamed El-Shennawy, goalkeeper, and in the line of defense, Ahmed Fattouh, Mahmoud Al-Wensh, Mohamed Abdel-Moneim, Omar Kamal Abdel-Wahed, and in the midfield Hamdi Fathi, Amr Al-Sulayya and Mohamed El-Nani, and in the attack, Mohamed Salah, Mustafa Mohamed and Mahmoud Hassan “Trezeguet”. .

And 13 matches between the two teams have already been collected, with 11 official matches, the last of which was in the African Nations Final in Cameroon, in addition to two friendlies, as the Pharaohs’ superiority was by winning in 7 matches, while Senegal achieved victory in 4 and settled the tie as a result of only two matches. The Pharaohs scored 12 goals against 8 The history of the first confrontation between the two teams dates back to the opening of the 1986 African Nations in Cairo, when the Senegalese team won with a clean goal.

During the history of the confrontations between Egypt and Senegal in the World Cup qualifiers, the two teams met on two occasions, and before today’s confrontation, the first match that was held in the capital, Dakar, ended in a goalless draw, and in the second leg in Cairo, Egypt won with a goal without a response.