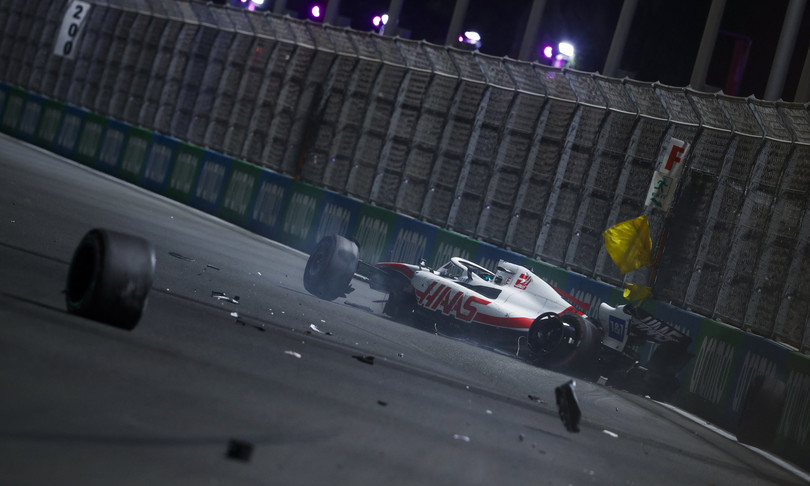 Sensational in Saudi Arabia: Mercedes driver Lewis Hamilton, seven times Formula 1 world champion, was eliminated in Q1 of the qualifying session of the second round of the season. Incredible difficulties for the English driver, who fails to push his car number 44 properly, while his teammate gets the fourth fastest time and advances to Q2. The first twist of the Jeddah GP therefore comes from Hamilton, who, returning to the pits, also apologizes via radio to his team.

First career pole position for Sergio Perez, who with his Red Bull will start from the first place on the grid of the Saudi Arabian GP, ​​the second round of the Formula 1 season. 25 thousandths for Ferrari driver Charles Leclerc, mocked by a whisker. The other Ferrari of Carlos Sainz is third, while Max Verstappen is unable to go beyond fourth place. Mercedes still bad with Russell starting sixth and Hamilton even sixteenth, already eliminated in Q1.

Violent accident for Mick Schumacher during the Q2 of the qualifying session of the Saudi Arabian GP. The Haas driver, son of Michael, lost control of his car at high speed, crashing hard on the side barriers. Car destroyed, almost broken in two, and moments of apprehension for the young driver who remained inside the cockpit for several minutes. From the first rumors, then confirmed directly by the team too, Schumacher remained conscious but evidently in shock. The session was interrupted to clean up the track from the many debris left by the car and to provide assistance to the driver, who was transported away by the ambulance to carry out all the necessary checks.

We’ve heard that Mick is conscious, out of the car and currently on his way to the medical centre. # HaasF1 #SaudiArabianGP #Which

Mick Schumacher is fine, there could be no more beautiful photo ❤️#SaudiArabianGP | # F1 | #Formula 1 pic.twitter.com/1bGQzJaAy6