In Montjuc, Higuita is proclaimed Volta champion, and Bagioli wins the last stage 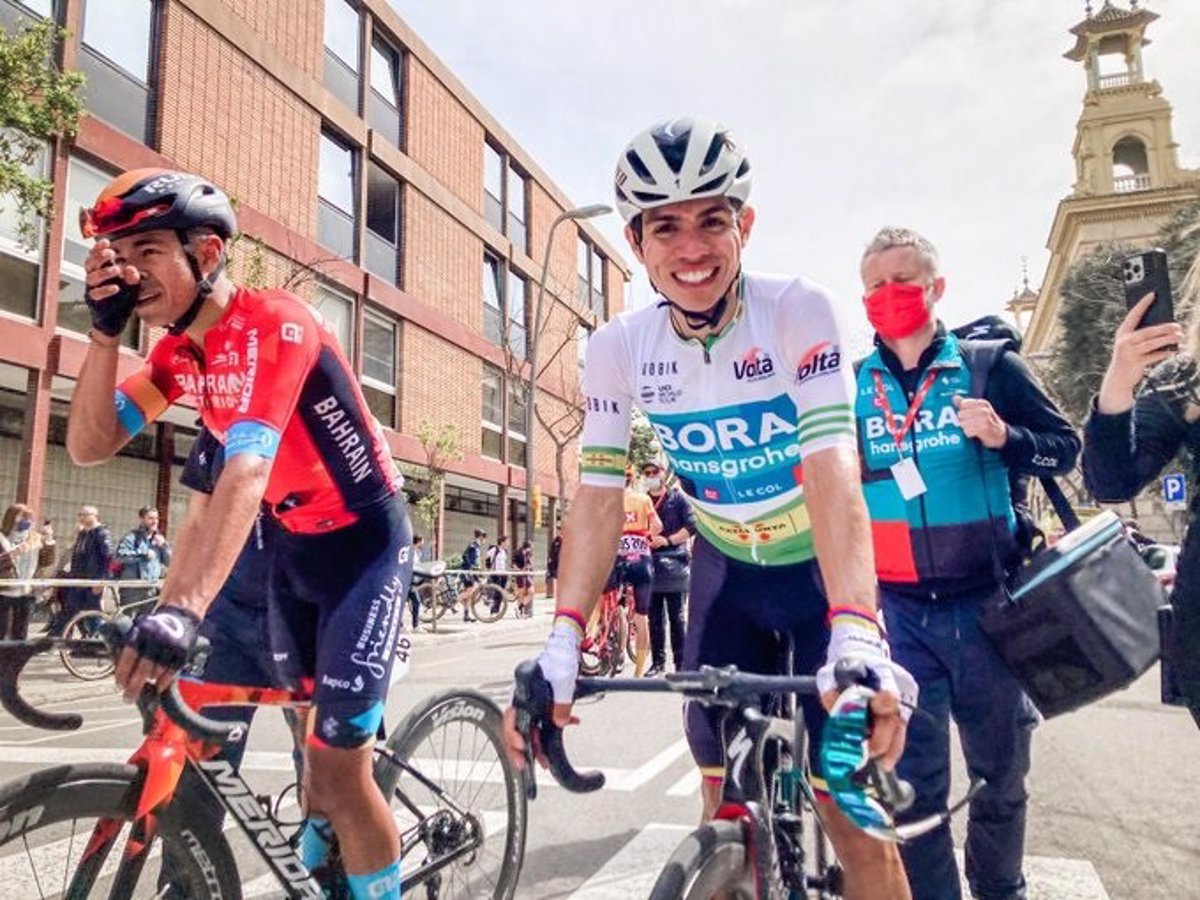 Sergio Higuita (BORA Hansgrohe) of Colombia was crowned champion of the 101st edition of the Volta a Catalunya after defending his lead in the seventh and final stage, which was 138.5 kilometers long and started and finished in Barcelona, and in which Andrea Bagioli (Quick-Step Alpha Vinyl) of Italy took the final partial victory.

The ‘coffee farmer’ runner, who seized the leader’s jersey from the Portuguese Joao Almeida (UAE Emirates) on Saturday, and his team, BORA Hansgrohe, focused on maintaining their lead to prevent any of the championship rivals, such as Ecuadorian Richard Carapaz, from escaping (INEOS Grenadiers).

A breakaway of seven units, including Spaniard Marc Soler, formed on the last of the six climbs to Montjuc castle, was neutralized just one kilometer from the finish line, forcing a sprint finish, which Bagioli won.

After him came the Hungarian Attila Valter (Groupama-FDJ) and the Spaniard Fernando Barceló (Caja Rural-Seguros RGA), followed by all the favorites, and Higuita won his first major race on the world circuit by 16 seconds over Carapaz.

Furthermore, Almeida finished 52 seconds behind the winner of the Catalan round, while Colombian Nairo Quintana (Team Arkéa-Samsic) and Spanish Juan Ayuso (UAE Team Emirates) made the ‘Top 5’ of the general classification.

Richard Carapaz (ECU/INEOS Grenadiers) is ranked second with a score of 16.