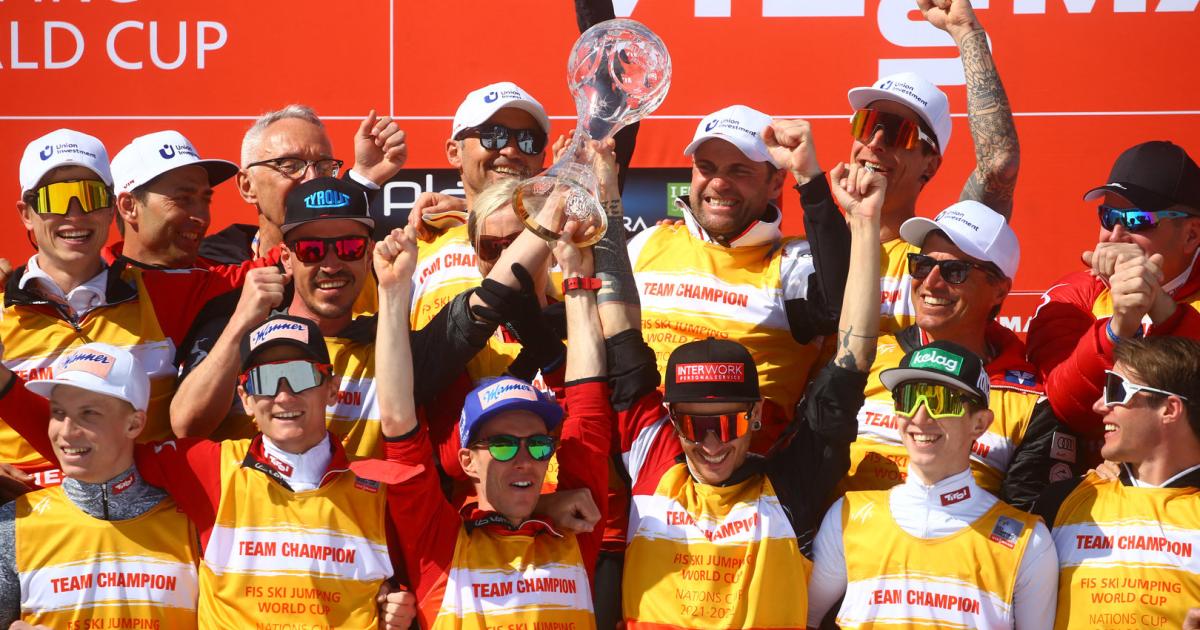 Austria’s ski jumpers won the Nations Cup for the first time since 2014. A look back at the most important numbers of the Ski Jumping World Cup.

Olympic gold in team jumping and success in the Nations Cup – for Austria’s ski jumpers, a brilliant season ended in sunshine on Sunday in Planica. A look at the World Cup winter.

nations entered the list of winners: Norway, Slovenia, Germany, Austria and Japan. The Poles, who have always been up front in recent seasons, went away empty-handed.

ÖSV-Springer ended up in the top 5 this winter. This team spirit was the key to success in the Nations Cup.

years Daniel Tschofenig will be old this Monday. The young Carinthian made a name for himself in his first full World Cup season, including a fifth place finish in Zakopane. The three-time junior world champion is one of the greatest hopes for the future of the Austrians.

World Cup victories celebrated Severin Freund in his career. The German is one of the most successful athletes in ski jumping history. In Planica, the world champion and Olympic champion announced his retirement at the age of 33. With Daiki Ito (JPN) another World Champion and World Cup winner said goodbye.

Points The Austrians saved the lead over Slovenia in the Nations Cup. Before the World Cup final in Planica, the ÖSV jumpers were more than 500 points ahead of the Slovenians. For Austria it was already the 19th victory in the Nations Cup, the first since the 2013/’14 season. In the last competition of the season, which Marius Lindvik (NOR) won, Michael Hayboeck was the best Austrian in tenth place.

Meter Karl Geiger covered during the winter. Nobody was in the air longer than the German, who received the so-called Distance Award. Daniel Huber came closest with 7,422.5 meters. Ryoyu Kobayashi, who had to do without a number of jumps due to a corona infection, reached 7,273 m.

Euro snapped in Ryoyu Kobayashi. This makes the Japanese, who also secured the special bonus for triumphing at the Four Hills Tournament (100,000 euros), the top earner among the Eagles. Stefan Kraft is number 3 with 172,000 euros.