Formula 1 in Saudi Arabia: Highlights of the Grand Prix in Jeddah 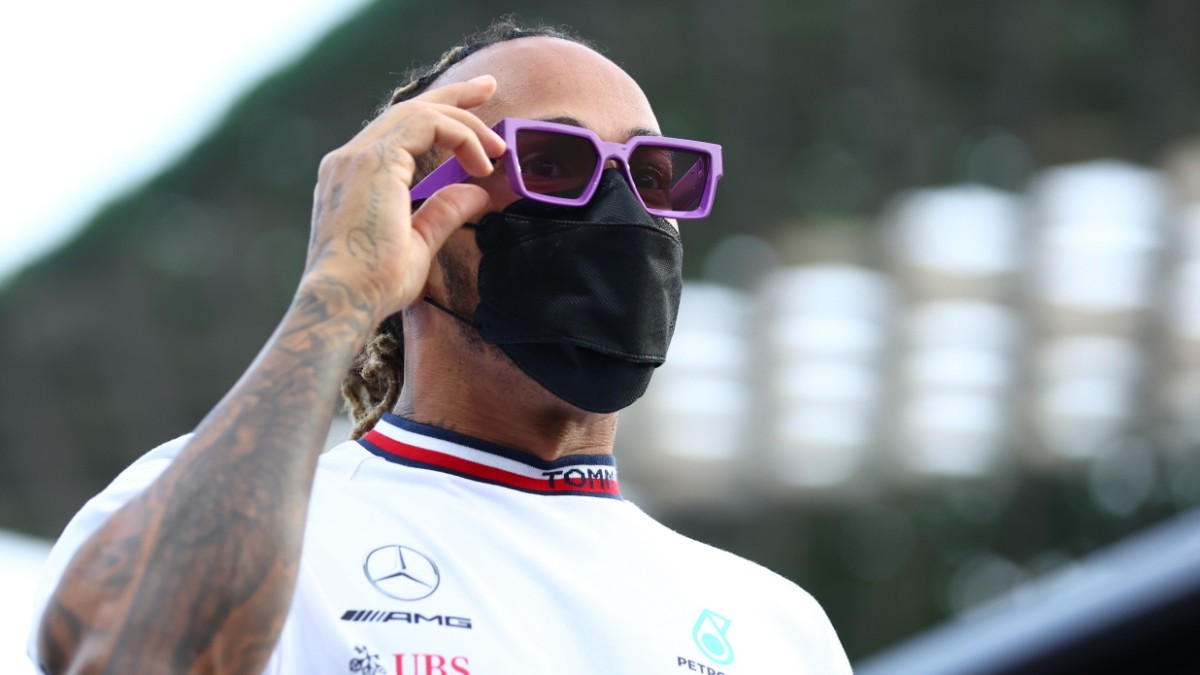 Max Verstappen probably thought it would be easier to be the defending champion. In the second race he was already under a lot of pressure, even in Saudi Arabia he didn’t really have a chance of winning until shortly before the end. But the Dutchman had tacticed well up until then, spared the tires, was waiting for a good attacking position – then he suddenly appeared behind Charles Leclerc, sucked himself in, passed. The opponents played the game three times, as at the season opener in Bahrain, and caused a sporting drama on the street circuit.

With four laps to go, Verstappen weighed his opponent to safety, only to shoot past the perfect spot with his wings flat. It wasn’t enough for a real counterattack. Take a deep breath: “It was hard and it was crazy,” summed up the winner, “but I’m happy that the season is only just beginning for me.” Leclerc is currently 20 points ahead, but he is not in a hurry for the time being.

Respect, that’s something particularly vulnerable between two fierce title fighters, which was excellent to see in last year’s escalated duel between Hamilton and Verstappen. But wheel to wheel is also more difficult than in the beautiful theory. Charles Leclerc, the current world championship leader, did a great job again in his Ferrari and only gave away the second success of the year at the very end when Max Verstappen was still able to surprise him.

Nevertheless, the loser immediately congratulated the winner over the pit radio. The two already know each other from karting days together, and they seem to have found it fun to repeat the whole thing now with 1000 hp racing cars and finally on an equal footing again. “We pushed ourselves like never before, took high risks,” said Leclerc: “Of course, that’s only possible if you respect each other. It was tough, but fair. Every race should be like that.”

From the first pole position of his life, for which it took eleven years and 214 attempts, to finish fourth – not even Red Bull’s bonus payment can make up for this disappointment. Sergio Perez is left with the formulation of all those disaffected in Formula 1: “That’s racing.” No sooner had the Mexican made a tactically clever maneuver with an early pit stop than the race was neutralized after an accident and his chances of winning were gone: “Unfortunately, Nicolas Latifi had to crash into the wall at that moment.” But Max Verstappen’s team-mate at least has the satisfaction of having completed the optimal lap on one of the most difficult routes on the entire calendar: “I think it was the best of my whole life.”

A crash into the wall at a good 260 kilometers per hour. A car that breaks apart during recovery. Radio contact broken. Ambulance, rescue helicopter and hospital. But relatively quickly after Mick Schumacher’s mega crash in the second qualifying round, the famous Schumi thumb went up: The side impact had not caused the driver any injuries. Also a consequence of the fact that exactly this part of the new racing cars had been strengthened again before the start of the season.

The Haas racing team finally decided not to rebuild the car in a hurry overnight. The risk that something would have been overlooked was considered too great. So the German had to watch instead of the planned second attempt to get the first World Cup point. He processed the accident analytically as usual: “I saw it coming and was able to prepare for the impact.” However, his bad luck and that of Nicola Latifi underscores the criticism many drivers have of the track, which is obviously too dangerous in some places.

A cloud of dark smoke hung over Jeddah like a dark warning after the rocket attack by Yemeni rebels on Friday after a fuel depot owned by Formula 1 top sponsor Aramco burned out. Formula 1 Managing Director Stefano Domenicali had almost no choice but to believe the hosts’ promises of increased safety. Some racers apparently still felt insecure and were only dissuaded from a boycott after four hours of discussion.

But the Italian doesn’t like this terminology: “Boycott isn’t the right word, it was more about explaining things correctly.” With the departure from Saudi Arabia, however, there is a growing need for an explanation for the future as to whether F1 will continue to bow to the power of the petrodollars and whether the race, which is controversial because of human rights violations in the country, will start again. Domenicali forbade moral criticism of Formula 1. One is not blind, but one sees the huge progress in the country – for example that women are allowed to watch the races…

Already in qualifying in Jeddah, in which the record world champion in 16th place delivered one of the worst performances of his career with a silver arrow that was completely out of balance, team boss Toto Wolff instructed the Mercedes squad: “It’s time to wake up.” The again halfway conciliatory race result did not change anything, which showed George Russell as a decent fifth and Lewis Hamilton as tenth after a great tactical and combative performance at least brought an honor point.

“We’re still a long way from the guys at the top,” said Hamilton. In principle, the car only lacks two things, unfortunately these are the crucial ones: “We need more grip. And we need more power.” Apparently, the previously leading hybrid unit does not get along so well with the bio-ethanol admixture in the fuel. It didn’t help Hamilton to look at things through purple sunglasses either.

F1’s noble reservist was used for the second time in a week because Sebastian Vettel was also unable to travel to Saudi Arabia after his Covid 19 illness. The track on the Red Sea demanded even more from Emmerich: “It’s amazing. It’s incredibly fast, really brutal.” The many curves mainly affect the neck muscles, you have to imagine it like in a washing machine. Starting from 17th place on the grid, he finished twelfth in the Aston Martin, which was again weakening, one place ahead of regular driver Lance Stroll.

The 34-year-old is expected to hand the steering wheel back to Vettel in Australia: “Seb will have to make an effort to catch up on this experience, but he has the skills to do so.” Hülkenberg therefore saw himself in his backup role primarily as a data collector in order to help the struggling team for the future. As for his own perspective, he’s still hoping for an offer at the right moment.