Dani Olmo: “Winning in Barcelona was an extra motivation and an incredible shot of adrenaline” 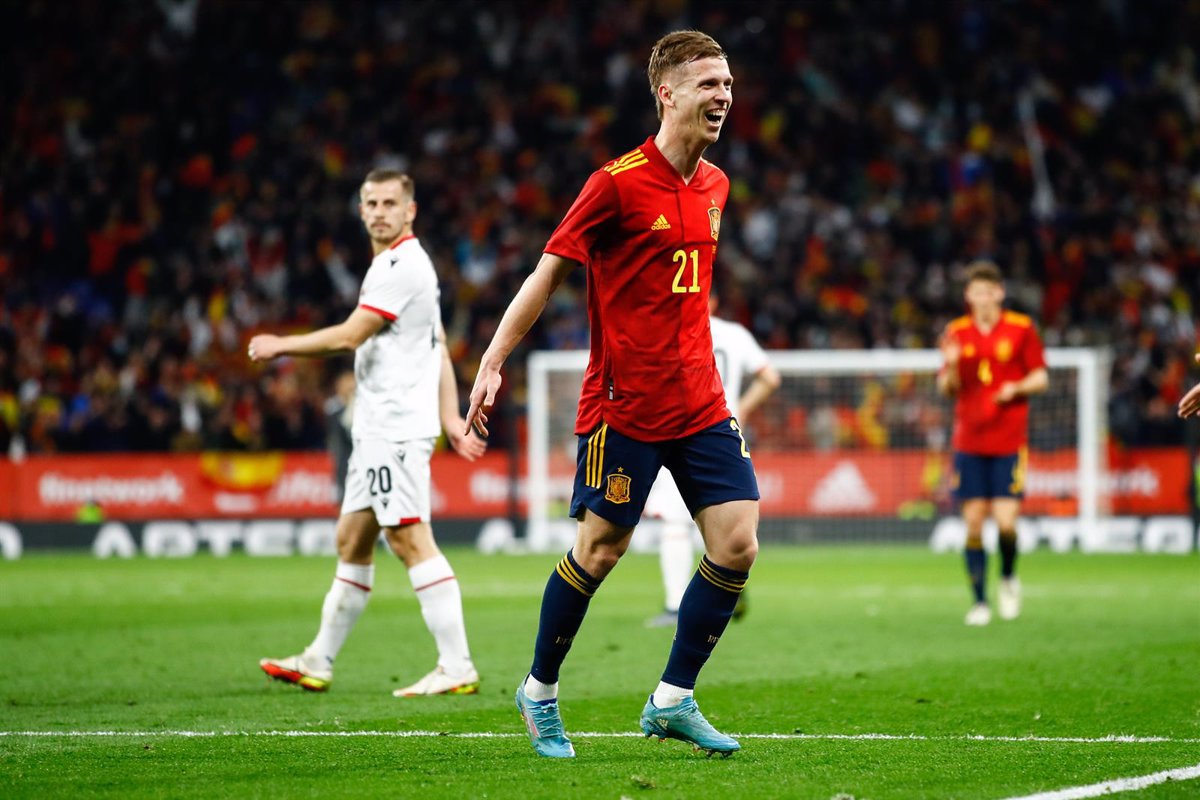 The Spanish international Dani Olmo assured that winning last Saturday against Albania in the friendly match held at the RCDE Stadium (2-1) was “an extra motivation and an incredible shot of adrenaline”, especially due to the “great atmosphere” that it was lived in the return of the selection to Barcelona 18 years later.

“We all have very nice memories of that game. Hopefully we can continue scoring. There was a great atmosphere, with people cheering for 90 minutes, with the family… It’s a special dedication for them, who haven’t seen me in a long time direct. It was very nice”, he declared in an interview with ‘sefutbol.com’.

In addition, the Catalan striker was very happy with having scored the last goal for ‘la Roja’. “If it’s to win, even more. This great atmosphere was an extra motivation and an incredible adrenaline shot,” he said.

“It was a pass from Pedri into space, I pretend I want to get to the near post and I stay. Jordi sees me very well, I control, Ferran drags a couple of players. That opens up the space a little, I want to hit him to the second post and it enters perfectly”, he described his goal.

Finally, the Leipzig striker encouraged us to continue thinking about the World Cup. “We know what lies ahead of us and we have to take advantage of every preparation, every game and every training session to continue growing. That is the idea, to arrive in the best conditions for the World Cup and face it with the greatest enthusiasm and maximum motivation”, he concluded.