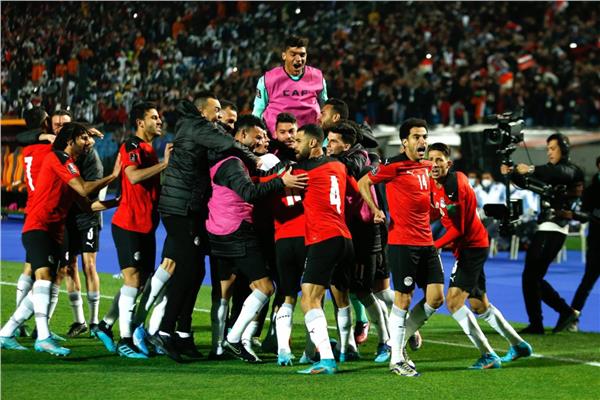 The Confederation of African Football (CAF) highlighted the celebration of Omar Gaber, the Egyptian player, after the Pharaohs’ goal against Senegal during the match between Egypt and Senegal in the first leg of the African qualifiers for the 2022 World Cup.

Kaf published on his official Twitter account, pictures of the joy of Omar Jaber’s celebration, and wrote: “Nothing exceeds the joy of the celebration among your audience.”

🇪🇬 Nothing beats the joy of celebrating in your audience 😍

And it was decided that Egypt’s first football team will play its match against Senegal in the 2022 World Cup qualifiers in its traditional uniform.

The technical meeting of the match was held in the presence of Wael Gomaa, the team manager, and Dr. Muhammad Abu El-Ela, the doctor of the Pharaohs, where the Egyptian team wears the red shirt, black shorts and white socks in the return match against Senegal tomorrow.

The match between Egypt and Senegal is scheduled to take place at seven in the evening, tomorrow, Tuesday, March 29th, in the Senegalese capital, Dakar, and will be broadcast on On TimeSewers channels.

Egypt cut half the way to qualify for the World Cup after defeating Senegal, with a goal without a response, in the meeting that brought them together at Cairo Stadium, as part of the first leg matches of the final stage.

It is enough for the Egyptian national team to draw or lose by a goal difference with the nets of the Teranga Lions to reserve a seat in the World Cup, according to the application of the rule of two goals away from the ground.

And in the event that the Egyptian team loses with a clean goal, an extra time is resorted to, then penalty kicks, and if the two teams score the same number of goals in the extra periods, the visiting team qualifies, meaning if Egypt scores a goal in extra time and Senegal draws, the qualification will be in favor of Egypt.