From Milla to Girmay: Magical moments of African athletes 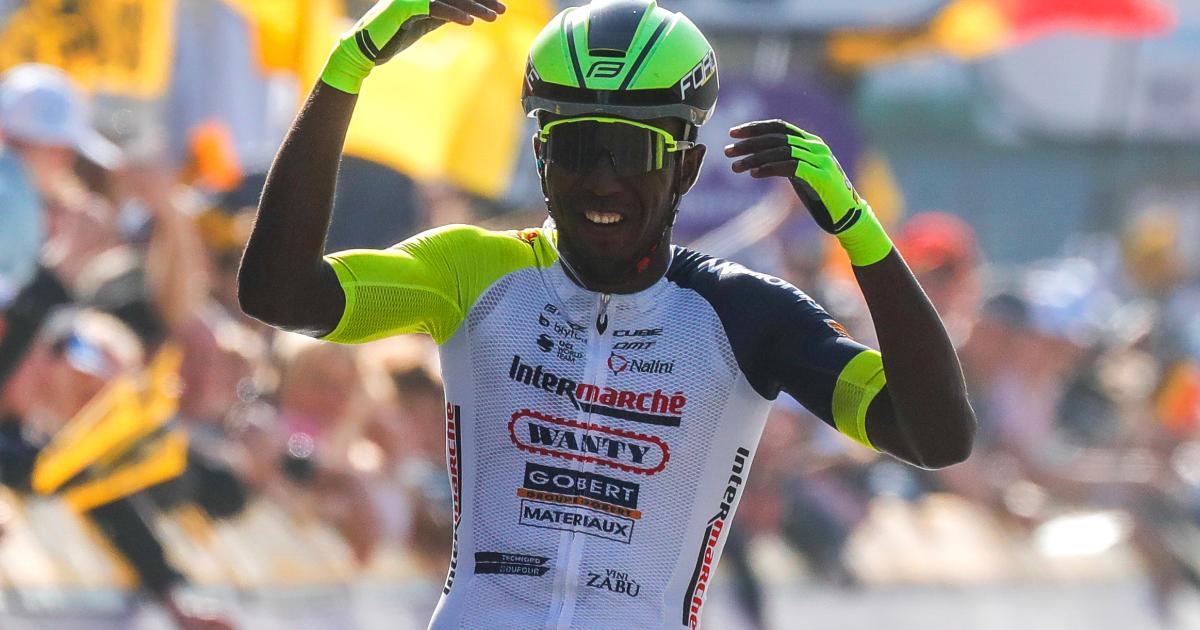 With Biniam Girmay, a professional cyclist from Eritrea won a race on the UCI World Tour for the first time. What were the other milestones for African sport?

As Biniam Girmay envisioned the historic win, he stopped looking left and right. He ignored the three prominent competitors who had turned into the home straight with him after almost 250 kilometers and took his destiny and his legs into his own hands.

“I just kicked, kicked and kicked,” said Biniam Girmay later at the finish, where he was the celebrated hero after his sprint victory at the Belgian cycling classic Gent – Wevelgem.

The 21-year-old from Asmara in Eritrea is the first professional cyclist in his country to win a race on the UCI World Tour. “That’s incredible. I only decided on Friday to drive the race,” says Girmay.

The success of the young professional from Eritrea will give even more impetus to cycling on the African continent. Endurance athletes from East Africa have long been pushing the limelight not only in athletics. Daniel Teklehaimanot, a compatriot of Gent-Wevelgem winner Biniam Girmay, briefly wore the mountain jersey in the 2015 Tour de France.

The world association takes the boom into account and awarded a road world championship to Africa for the first time. In 2025, the title fights will take place in Rwanda, the most cycling-crazy country on the continent. At the Tour du Rwanda, the athletes are cheered on by four million fans every year.

The 2025 World Cycling Championships will be one of the largest sporting events ever held in Africa. A look at African sport’s milestones and memorable moments.

At the 1960 Summer Olympics in Rome, the sports world was fascinated by the shepherds from Ethiopia. Bikila won the marathon and claimed the first gold medal for the East African country. Bikila was the only runner to run barefoot. Four years later he became Olympic champion in the marathon again in Tokyo – but by then he was already running in sneakers.

The striker was the happy face of the Cameroonian football fairy tale at the 1990 World Cup in Italy. As a blatant outsider, Cameroon had won the opening game against world champions Argentina 1-0 in Rome. Roger Milla, then 38, scored four goals en route to the quarter-finals and celebrated each goal with a corner flag dance.

In 1984, at the age of 17, the track and field athlete from Bloemfontein set a new world record in the 5,000 meters. Remarkable: Budd ran barefoot. However, the record was not recognized due to the then cultural boycott of South Africa because of the apartheid system.

The goalgetter from Liberia is still the only African to have been voted world footballer. In 1995, the striker, who played for Paris SG, Milan and Chelsea, among others, won the coveted trophy. Weah has enjoyed cult status in his homeland ever since, and the former footballer became Liberia’s president in 2018.

Liverpool stars Mo Salah (Egypt) and Sadio Mane (Senegal) currently have the best chances of following in his footsteps as world footballers.

Successful African swimmers almost always came from the south of the continent (South Africa, Zimbabwe). In 2008, Oussama Mellouli had his moment. The Tunisian became Olympic champion over 1,500 meters, four years later over 10 kilometers.

The country united behind the famous Springboks, as the national rugby team from South Africa is called, in 1995. At the home World Cup, the South Africans won the prestigious title for the first time. It was the first major sporting event in South Africa after the end of apartheid – and accordingly important for society. The Springboks are currently the reigning world champions and number 1 in the world rankings.

At the Summer Games in the high mountains of Mexico, the track and field athletes from Kenya really ran into the competition for the first time. Kipchogo Keino (1,500m), Naftali Temu (10,000m) and Amos Biwott (3,000m steeplechase) clinched the first gold medals for the country, which has been enjoying a running miracle since then.

The biggest cheer at the first World Cup on African soil came when Nelson Mandela appeared on the field at Johannesburg’s Soccer City stadium before the final. The country’s first black president was instrumental in South Africa hosting the 2010 World Cup.

The fans remember stadium goers in thick woolen jackets (in the South African winter) and the deafening roar of the vuvuzelas that were all the rage back then. The World Cup was not able to trigger the great football boom, South Africa is and will remain a rugby nation.