“Maintaining the sporting level is an unprecedented success” 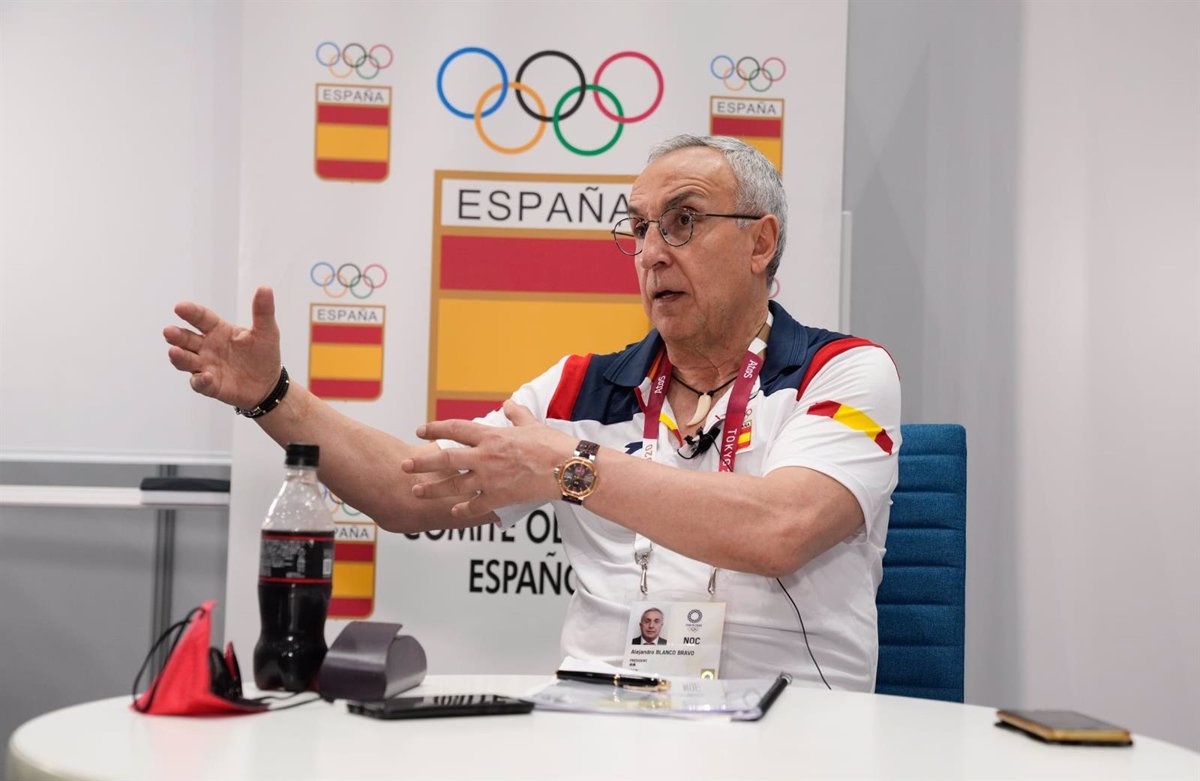 The president of the Spanish Olympic Committee (COE), Alejandro Blanco, made a positive assessment of the participation of the Spanish delegation in the Tokyo 2020 Olympic Games and assured that “maintaining the sporting level” thanks to the 17 medals obtained is about ” an unprecedented success. “

“I think we have to value and feel enormously proud of the Spanish Olympic team above the results. Getting here is the culmination of a process and in no country has it been easy. But not all countries have the covid affected equally. I say that increasing the number of classifieds and maintaining the sporting level is an unprecedented success, “analyzed Blanco from Tokyo.

“There are incredible athletes with a great future, they are young and many have diplomas. We are already in Paris, now they will have a break but in September and October the qualification for the following games begins. A specific program must be made for these athletes and sports who have an optimistic horizon for Paris and Los Angeles. I am more realistic than ever and more optimistic than ever with Spanish sport, “added Blanco.

Regarding the results of Spain, the head of the COE reviewed it. “We have brought 322 athletes, 17 medals and 42 diplomas, of which eight are fourth places. If we evaluate all the athletes, 115 of them have been finalists for the team and 64 for individuals. In total, 179 of the 322. That is, 55.9% are among the eight best in the world, “he said.

“It is a data that is very significant for us. And another data is the success of team sports. Of the nine teams classified, eight have been in the quarterfinals and four have fought for medals, two silver and one bronze,” he added Alejandro Blanco in his analysis before the Spanish press.

“In the last three Games, except for the organizer who does not have to qualify, we have been, together with the United States and Australia, the country that qualifies for the Olympics the most teams. We are the second European country with the most presence after Russia, we are a powerhouse in teams. “We played nine finals and that is a culmination. Then we can win or lose, the gold one will fall in Paris, any day, because we are the best country in the world in number of qualifiers in a cycle of three Olympic Games”, he added.

In addition, in more personalized matters, the president of the COE said that he does not want to forget about “Lidia Valentín and Orlando Ortega.” “They were injured and could not compete at their level”, nor of ‘Chuso’ García Bragado, who went down in history at these Games for playing his eighth Olympic event.

“Here we no longer have to talk about medals, they are his eighth Games, he is a man of athletics and for him this event had sentimental value because it was the last 50.km Olympic race. We are preparing a tribute to Chuso in Madrid. in the world elite of athletics 36 years and that can only be done by a gifted person like him, “he stressed.

“I feel immensely happy for the organization of these Games, for the long year that we have passed since March 2020, for helping our athletes so that they could train better and arrive here better prepared and in the best possible way. Thanks to their coaches , their families and the great work of the Spanish federations, “he snapped.

“I never talk about medals, I talk about medal options, and if you remember correctly I said – in an optimistic atmosphere – that we were going to maintain the level of Rio and London. In the end, 17 o’clock came out. I think that some more could have been taken, there were real possibilities but I have not failed much in the forecast, “he added about it.

On the other hand, Alejandro Blanco refused to reveal what was the medal or the “happiest” moment and what was the “hardest” moment, but he did put the accent on karate, which achieved two metals for Spain, the gold of Sandra Sánchez and Damián Quintero’s silver, both in kata.

“I keep the hardest and the happiest, we have lived exceptional moments in good and bad. When victory does not come, you can see the pain of the athlete, everyone has done the best of their life. I give everyone a 10 “, stated Alejandro Blanco.

“Of course, I want to emphasize that we have lived a unique moment in the history of Olympic karate. Coming to Japan, the cradle of karate and beating the Japanese in their own country, it seems to me that it remains in the history of Spanish karate and karate worldwide, “he said.

In other sports, Blanco stated that “we are not capable of evaluating Spanish canoeing in the world” because they have achieved three silvers and seven diplomas in a sport “where the medal is very expensive.” “And I do not forget Teresa Portela, the spiky hair, her sixth Games and medal. Now comes a girl named Antía who is a bomb. It is a sport that has a present and a great future,” he added.

Another of the highlights was Alberto Ginés, gold in climbing. “It has given visibility to climbing, now the federation will do its planning, with facilities and a development program in the hands of the Higher Sports Council (CSD). It has shown that it has an important force and that we have a spectacular future. What it did in speed it cannot be done better. It has reached the excellence of the things well done “, sentenced.

Finally, Blanco made a very positive analysis of the pandemic at the Games. “We have come out wonderfully well, we have been able to save the situation from all the imposed measures.” In addition to highlighting the appointment of Pau Gasol as a member of the Assembly of the International Olympic Committee. “We have had the great fortune that he was chosen by his teammates. He was chosen by the highest number of votes,” Blanco concluded, not forgetting “significant absences” from Tokyo 2020 such as Carolina Marín, Rafa Nadal or Jon Rahm, who had ” medal options “and” for various reasons they were not at the Games.