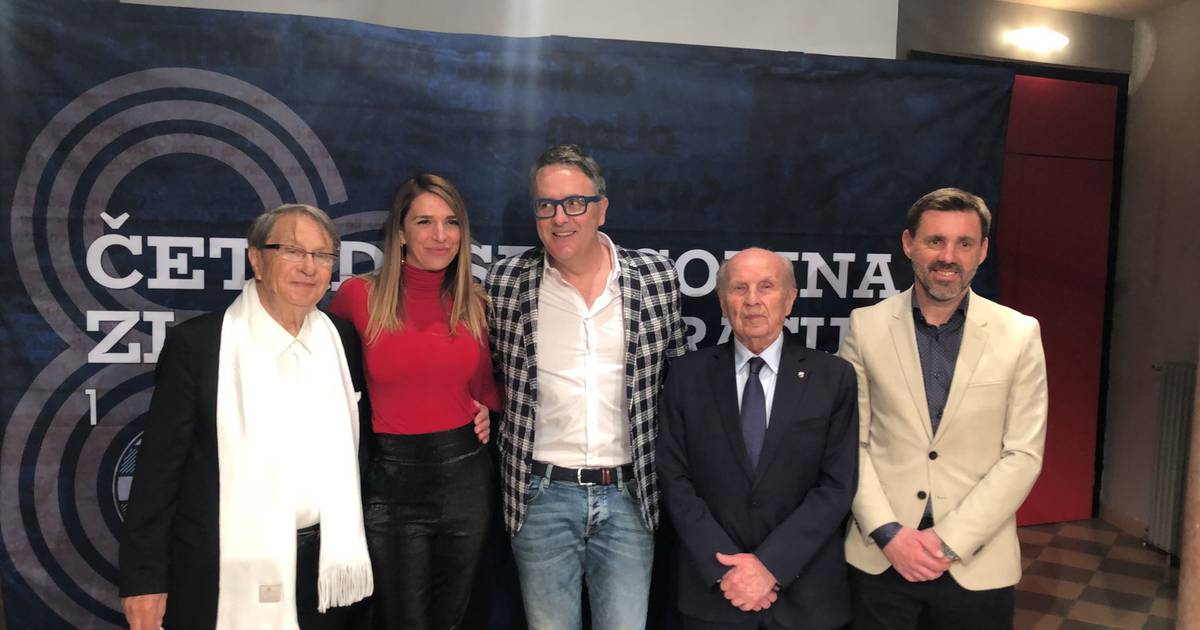 Dinamo continues the campaign to mark the 40th anniversary of the golden generation from 1982, so tonight a monodrama was held at the Kerempuh Theater in Zagreb ‘Ciro‘ performed by Tarik Filipović.

– How well he took me off, congratulations to him – Miroslav Ćiro Blažević said enthusiastically, praising Tarik Filipović.

The popular actor has already proven in the past that he can play the ‘coach of all coaches’ great, and this time he delighted his audience.

Today’s show gathered more than 200 guests, including players from Dinamo’s first and second teams, both professional staffs, the cadet and pioneer team of the ‘blues’, and the working community of the Croatian champion.

Of course, the ‘star of the day’ was Miroslav Ćiro Blažević there were also numerous players from the 1982 generation (Deverić, Mustedanagić, Dautbegović …), but also other club legends such as Edin Mujčin, Branko Strupar, Dalibor Poldrugač, Marija Jozić …

Before the start of the show, Vlatka Peras, President of the Management Board of GNK Dinamo, presented Ćiro Blažević with a retro edition of the legendary white scarf, which will be on sale in Dinamo’s Fan Shop from Tuesday.

⁃ Dinamo is my club, my mother was the Dinamo commissioner, as a boy she infected me with blue. And of all the events in my career, my favorite is Dinamo’s 1982. Here, I am now addressing the players, today’s guys who are defending the colors of Dinamo, be aware of how Messrs. Barišić and Mamić made Juventus out of Dinamo. You guys, and you Željko coach, have the privilege of defending the colors of the best club in the world. And that is the reason why you are fighting even harder, today Dinamo is a financially comfortable club, and that was never the case before Barišić and Mamić. And that is why you are trying to keep that club at those high levels – said Ćiro Blažević.

Let us remind you, last week in honor of the golden generation from 1982, Dinamo presented a tram that will run on the streets of our capital until the end of this year in club features …