The Spanish artistic swimming team will be in Tokyo 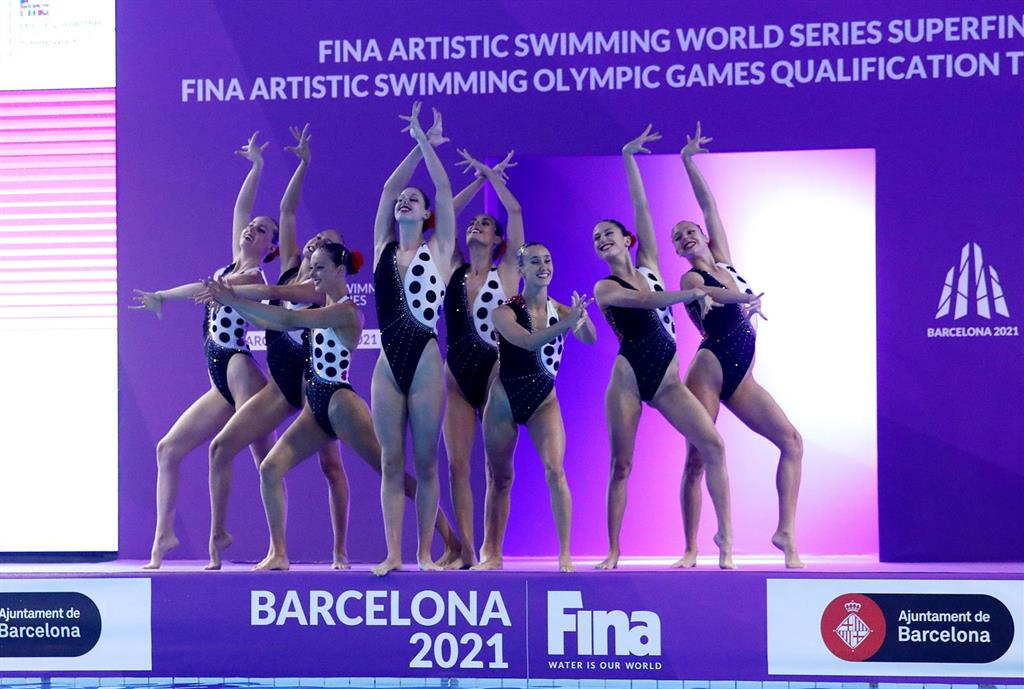 The Spanish artistic swimming team in the Barcelona Pre.Olympic, a tournament in which they won the ticket to the Tokyo Olympic Games, which are held in summer 2021, in the Team routine – RFEN

The Spanish artistic swimming team has qualified in Teams for the Olympic Games in Tokyo this summer by finishing in second place, behind Italy, the free routine in the Pre.Olympic tournament hosted by Barcelona, ​​in the Sant Jordi pool.

Spain, which was left out of the last Olympic event in Rio 2016, will be in Tokyo 2020, which is held this summer after being postponed for a year due to the coronavirus pandemic, thanks to its good performances in the technical and free routines.

With Ona Carbonell back to the team after her personal ‘break’ due to, among other things, her motherhood, both the inclusive fusion of ‘Japanese’ flamenco in the technical routine and the interpretation of Darwin’s theory of evolution in free play have They have been surpassed only by Italy, which also achieved the Olympic ticket together with Greece, third.