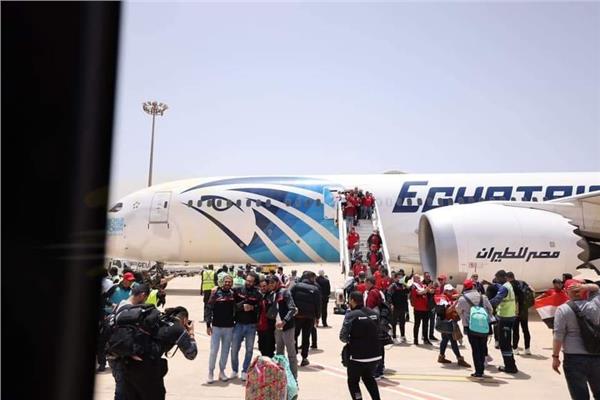 The Egyptian fans, who are present to support the national team in the match between Egypt and Senegal in Dakar, were subjected to harassment from the Senegalese fans hours before the match that will be held within the second leg of the African qualifiers for the 2022 World Cup.

Users of social networking sites shared only videos of the harassment of the Egyptian fans on their way to the stadium or being inside the stadium.

Egypt cut half the way to qualify for the World Cup after defeating Senegal, 1-0, in the meeting that brought them together at Cairo Stadium, as part of the first leg matches of the final stage.

It is enough for the Egyptian national team to draw or lose by a goal difference with the nets of the Teranga Lions to reserve a seat in the World Cup, according to the application of the rule of two goals away from the ground.

And in the event that the Egyptian team loses with a clean goal, it will resort to additional time and then penalty kicks, and if the two teams score the same number of goals in the extra periods, the guest team will qualify, meaning if Egypt scores a goal in extra time and Senegal draws, the qualification will be in favor of Egypt.