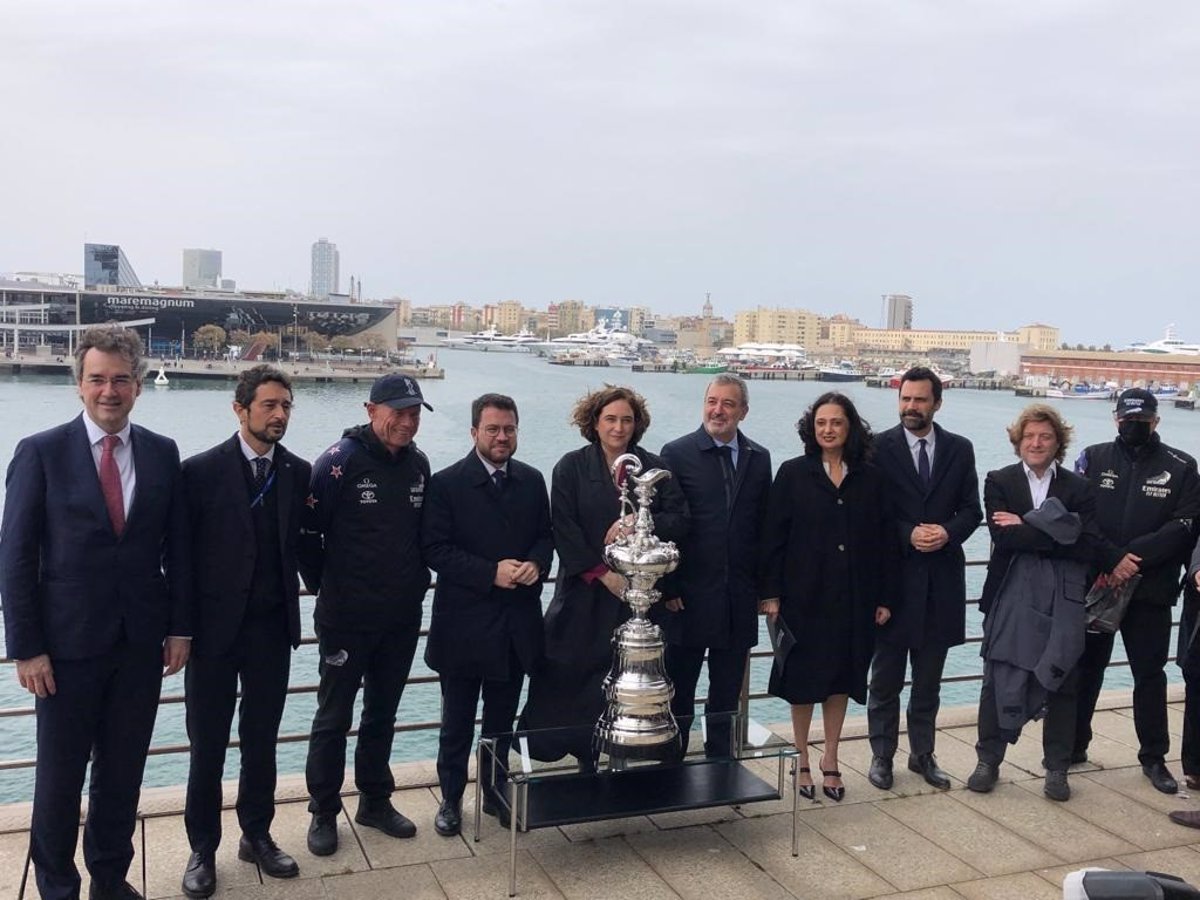 The competition will have an impact of 1,000 million for the city and will cost 70, which will be provided by public and private administrations

The ‘Emirates Team New Zealand’, defender, and the ‘INEOS Britannia’, challenger, stressed their satisfaction with the choice of Barcelona as the venue for the 37th edition of the America’s Cup of Sailing in 2024, “a fantastic place” to offer a great show.

“Barcelona holds a very special place in New Zealand sailing history and we look back with pride on our sailing team’s success at the 1992 Olympic Games and their four medals,” said Aaron Young, Commodore Royal New Zealand Yacht Squadron. , in the statement in which the designation of the Spanish city as the venue for the event was confirmed on Tuesday.

For Young, “Barcelona will be an impressive venue for the America’s Cup regattas and the women’s and youth regattas.” “We look forward to defending the America’s Cup, while working to promote and grow the sport of sailing around the world,” she said.

For its part, the ‘INEOS Team UK’, official challenger of ‘Team New Zealand’, also expressed its satisfaction with the choice of Barcelona. “We are delighted that this iconic city has been chosen to host the 37th America’s Cup,” said team manager Sir Ben Ainslie.

“Barcelona’s historical weather data shows that it will be a fantastic sailing venue. The Barcelona marina development and regatta area will offer excellent shore facilities for the competing teams, along with a great event for fans of the international trophy more old to enjoy this iconic sporting event,” he added.

Aragonès believes that holding the America’s Sailing Cup in Barcelona is an “excellent opportunity to project Catalonia around the world” and to generate economic activity, for which he predicts that it will have a very positive impact, which has been estimated at 1,000 million euros, while Torrent foresees the total cost of the event at 70 million euros, “between public, private and public-private contributions”.

“In the same way that the 1992 Olympic Games were the best games in history, now we have to do it with the best Copa América in history,” said Aragonès, who highlighted the coordination of all institutions, both public, private and social to promote the candidacy and manage to host the competition.

“When we align ourselves and value the country’s assets, things work and they work very well. It is a time to appeal to collective self-esteem. This country can do things well, it knows how to do them well, it is doing them well and we will do it even better with everyone’s help,” he stressed.

Colau thanked the Generalitat, the Port of Barcelona and Barcelona Global for their coordination, which he believes sends a “message of unity between administrations to show that the city is ready” to host the competition and that it is the best in its recent history, defending that Barcelona “will commit itself and involve itself in a broad sense” and that all the city’s services will facilitate the holding of this event to make it a success.

For his part, Grant Dalton stressed that one of the reasons why they have chosen Barcelona as the venue for the event is because of “the friendship, warmth and commitment” they have perceived, and reaffirmed his desire that with this event the capital Catalan is internationally recognized in this sport.

Finally, Calvet indicated that the Port of Barcelona has planned the different locations for the event, that the competition will take place in the open sea over a mile long, and that whoever “wants to enjoy the regatta can do so from the entire Barcelona coastline” .