Between records and anguish, an unrepeatable Olympics ended 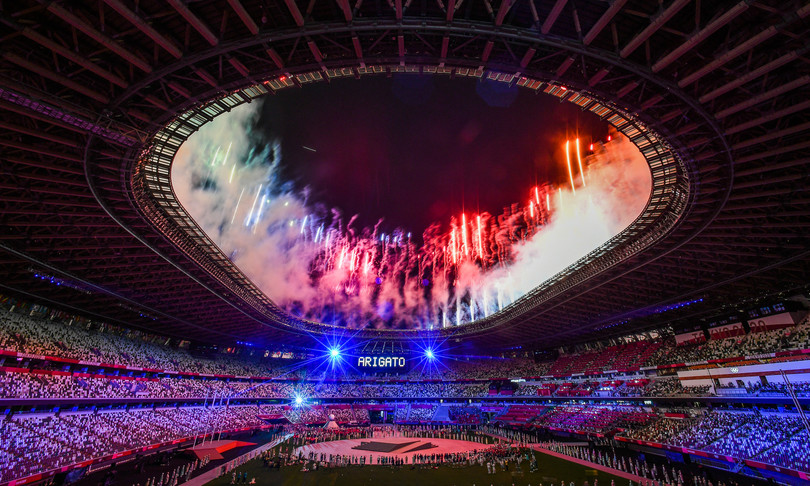 ` – More than four thousand athletes enter from the four corners of the Tokyo Olympic stadium to celebrate the closing of an event that shouldn’t have taken place, and they do so on the day when the United States surpasses China in the number of golds won, 39 to 38, after having dominated the ranking of the total medals, 113, against 88 for the Chinese, 71 for the Russians, 65 for the British.

Italy closes seventh with 40 medals, 10 of which gold, a record since Rome ’60. There were more disciplines than in that historic edition, but the blues have won in traditional competitions, not about skateboarding or climbing. And in athletics they won five golds, triumphing in the queen race, the 100, and in the 4X100.

It is the night when Tokyo celebrates itself and at the end throws a thank you from the big screen in Japanese, “arigato”, shouted as a sign of liberation, because no one would have bet a yen on it. In Rio it ended with a dance party of the athletes, with the cameras off, while here with soft music as in the credits of the films, while the athletes are heading for the exit.

Sense of perennial emptiness, surreal dimension, but the Olympics that ends is already an extraordinary result. Tokyo was a prisoner of the pandemic. Just in May, a poll showed that 83 per cent of Japanese people should not have held the Games.

In the world, enthusiasm was the weight of a feather– The first infections in the Olympic village had increased fear. Instead, everything went on, competed, dreamed, rejoiced. The only athlete who had to forcefully leave the village was the Belarusian Kristina Timanovskaya, but only because the managers wanted her to be repatriated after the accusations against the Lukashenko regime and the management of the speed team.

So these Games, played in an odd year, they will remain in everyone’s heart for many reasons. They will stay for records. That of the youngest medal winner, Japanese Kokona Hiraki, silver in skateboarding at 12, and the oldest, Australian rider Andrew James Hoy, silver and bronze at 62.

The one in the 400 obstacles run by the Norwegian Karsten Warholm in 45 ”94. And by the American Sydney McLaughlin, same specialty, in 51 ”46. The triple jump of Venezuelan Yulimar Rojas, who flew at 15 meters and 67, breaking a record that had lasted for 26 years. The record of the American swimmer Caeleb Dressel in the hundred butterfly; that of South African Tatjana Schoenmaker in the 200 breaststroke, while Georgian weightlifter Lasha Talakhadze ended up hitting 265 kilos in the snatch.

The Games of human uncertainty will remain. The sporting epic has always conveyed the message that the true athlete was the one who went forward at any cost, beyond his own suffering. Tokyo has given us a more human version of history.

The connection between body and mind can be mysterious. The American gymnast Simone Biles, one of the most anticipated, gave up a team competition because anguish had made her fall as a dead body on the platform. Then she came back and took a bronze in the individual.

Even athletes are subjected to stress, anguish, they sink into the abyss of anorexia, alcoholism, depression, only that until Biles publicly denounced his anguish it seemed that this dimension did not belong to the athletes. “I have not left – he wrote on Instagram – the fact is that mind and body are not in sync”.

It is difficult to say what influenced it: perhaps arriving at the Games a year late, performing in front of empty stands, living in a city prisoner of the pandemic in its darkest moment but, as the gymnast said in the virtual connection with the US president Joe Biden, taking care of her body was the “greatest achievement” of his career, more than four Olympic golds and nineteen world titles.

After her, other athletes revealed their anxieties. Some will find solace, some will not, but sport has dropped the veil on the mental illnesses of stars for the first time. The Olympic fire that goes out, this time, generates stronger emotions, thinking of those who have been carried away by the virus.

The French anthem performed on the saxophone by astronaut Thomas Pesquet reminds us that the most ambitious goal will be to go forward and fly high, and that the next appointment will be in Paris, in 2024, for what should be the first Games after the pandemic. –