“We have made the largest investment in sport in 30 years to overhaul the model,” says José Manuel Franco. 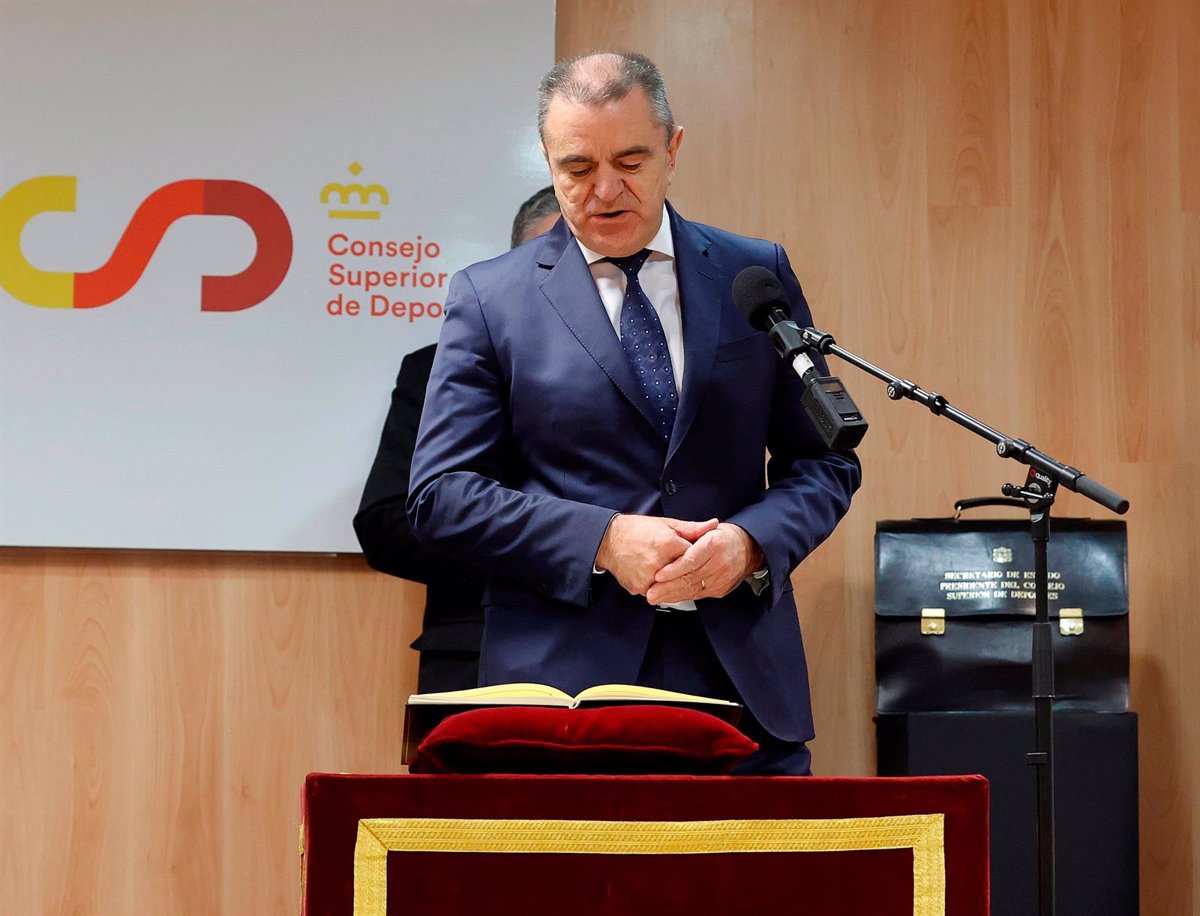 His first year in office was marked by the passage of a new sports law, the professionalization of women’s football, and historic budgets.

José Manuel Franco, president of the Higher Sports Council (CSD), stated that the government has made the “largest investment” in sports in the last 30 years in order to adapt to the changing model, citing the processing of the new Sports Law and the professionalization of women’s football as other highlights of his first year in office.

The gradual return to normalcy of sports activity during COVID-19, as well as the push to revitalize the Spanish sports sector through a “historic” economic injection and the articulation of a new regulatory framework, have characterized these twelve months of management.

“My goals have been clear since the beginning: to use sports as a tool for change toward a more unified, equal, and sustainable economic model and society. From the Sports Federations to the Autonomous Communities, and many other public-private organizations that make up Spain’s outstanding sports ecosystem, we have relied on conversation, constructive debate, and collaboration from all sectors “, he explained.

Another axis of its policy has been the acceptance of record funding for the sports industry, with 315 million euros allotted in 2022, a 25% increase over the previous year. The Recovery, Transformation, and Resilience Plan contributes 107 million, with about a third going solely to the creation of sports policies that promote inclusion, equality, and social cohesion.

“This is the largest investment in sports in thirty years, a historic milestone in the renewal and transformation of our sports model, and a strong commitment by the government to sport as an economic and social engine,” he said.

The budget increase has also impacted Sports Federations, which will receive nearly 57 million euros from the CSD in 2022, three million more than last year; the Spanish Olympic Committee (COE), which has seen its subsidies increase by more than 3 million; and Paralympic sport, which has seen its departure triple.

José Manuel Franco has announced the establishment of a new support plan for his athletes, the Team Espaa Elite program, in recent months, in addition to attending the Tokyo 2020 Olympic and Paralympic Games.

It will be funded with around 48 million euros -16 million per year till Paris 2024- and will be focused at preparing those athletes who, based on technical criteria, have better chances of winning a medal, in a coordinated manner between the CSD, the federations, and the COE.

Franco intends to “improve on the results attained in the Olympic Games in Barcelona 92, in the Olympic case, and continue to be a world power of the first order in the Paralympic field” through this endeavor.

300 MILLION DOLLARS TO UPGRADE THE SPORT

The funds of the Recovery, Transformation, and Resilience Plan, which include a chapter dedicated exclusively to the sports industry and an economic endowment of 300 million euros, were also approved and begun to be implemented during Franco’s first year as president of the CSD.

“Spain is the only country in the European Union with a distinct section of European money dedicated to sport transformation and promotion,” Franco said.

In addition to being approved, the Autonomous Communities have already received nearly a third of the 300 million euros, 84 million euros, earmarked for both the modernization of the CARs’ and regional centers’ sports facilities, as well as the digitalization of sport and the promotion of physical activity.

Apart from the economic boost, the CSD and the Government completed the construction of a new legal framework for sport and physical activity during Franco’s first year in office, with the draft of the new Sports Law serving as its core axis.

“It is a rule that stems from a necessity to modernize the sports model created by the 1990 Law, to change the competition organizational model, and to tackle new difficulties such as equality, inclusion, and long-term growth,” he explained.

The Organic Law on the Fight Against Doping, which adapts Spanish anti-doping legislation to the new World Anti-Doping Code of the AMA, was also unanimously approved by the Congress of Deputies in this first year, and the drafting of a Sports Professions Law has been set as an objective to provide greater security and stability to athletes.

In this context, one of the Secretary of State’s goals and tasks for his second year in office is to build wide political support for the new sports rules, particularly the Sports Law.

The CSD Board of Directors approved the fundamental statutes of the first women’s professional football league in Spain two weeks ago, a “significant milestone that crystallizes a true country initiative” after the professionalization of women’s football was approved last June. “It pays off a debt owed to sportswomen who have long earned this respect,” Franco added.

The CSD has already requested 16 million euros in funding for clubs and Sports Public Limited Companies competing in the highest women’s football category, in order to help them make the necessary structural modifications for the competition.

Franco expects that the professionalization of football will function as a “motivator for the promotion of other female-dominated sports and the promotion of gender equality in the sector.”

A commitment to gender equality and diversity that the CSD is rallying behind the ‘Equals in Sport’ policy, which has already spawned a number of public awareness campaigns in recent months.