Barça party on a historic night for women’s football 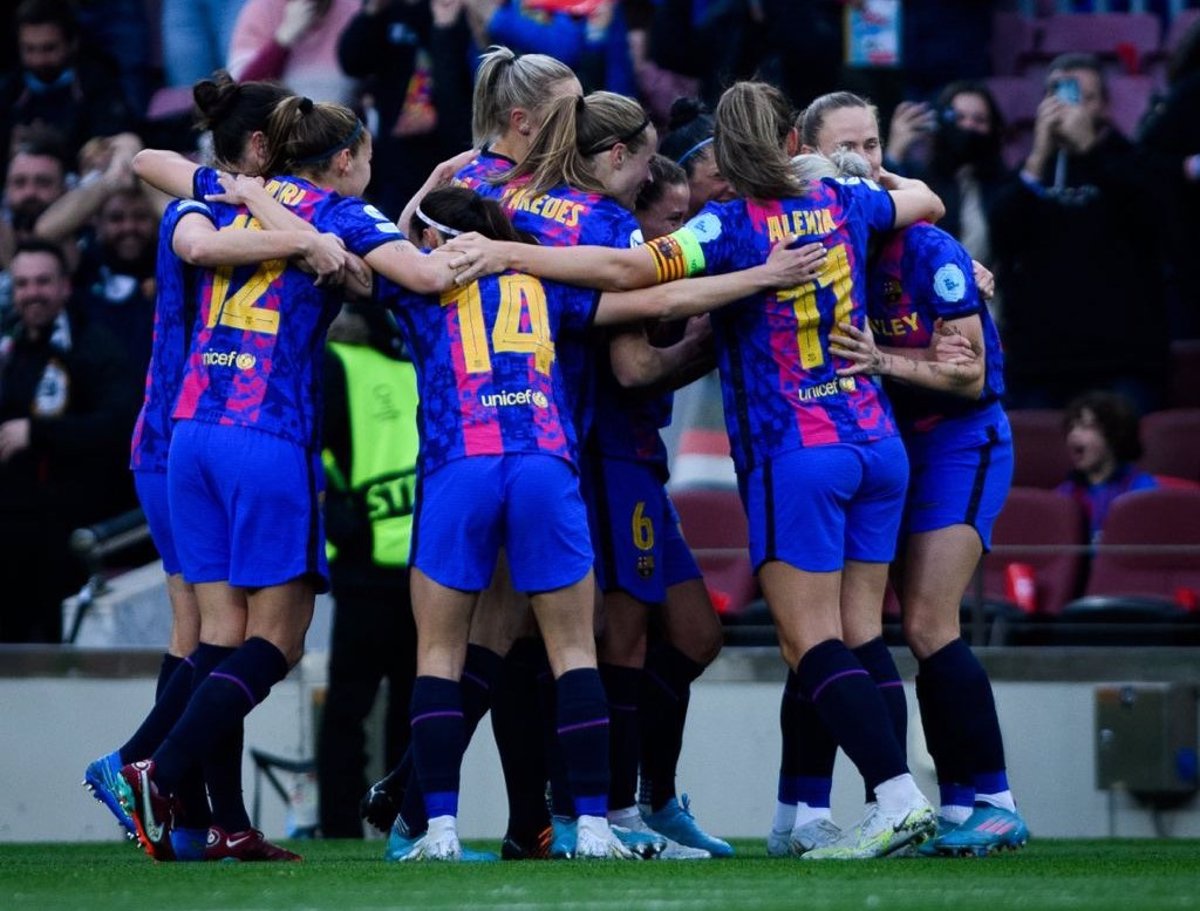 FC Barcelona certified this Wednesday its classification for the semifinals of the women’s ‘Champions League’ after thrashing Real Madrid (5-2) in the second leg (8-3, on aggregate), played at a Camp Nou until the flag that achieved the world record for spectators in a women’s football match.

The Blaugrana team ended up giving a lap of honor in front of their fans after a hard-fought and long-suffering match, something that did not prevent it from ending in a landslide. Jonathan Giráldez’s players were faithful to his style and authority throughout the season and although they were made to beg, they had no problem stifling merengue’s courage.

After 8 minutes, the Catalans went ahead with a kick from Aitana Bonmatí that caught María Rodríguez off balance. A goal that woke up Alberto Toril’s team, who grew in the following minutes with more daring and more direct balls. In an isolated play the equalizer came after a very clear penalty at the hands of Irene Paredes.

The maximum penalty was converted by Olga Carmona, the same one who had caused it, and returned the tension to the tie despite the difficulty of the company for White. The game reached the break with no more news on the scoreboard, nor on the pitch where both teams seemed to sign a truce until halftime.

It was in the final act when the storm broke out after 1-2 after a real goal from Claudia Zornoza, who caught Sandra Paños by surprise and scored from almost 40 meters. The goal excited a Real Madrid that was caressing extra time although there was still the entire second half to play. The loot was too precious to hold onto for so long.

There the culé team was disheveled and in three minutes they raised the score in two brilliant actions. The tie was the work of Aitana Bonmatí assisted by Jennifer Hermoso; and 3-2 kissed the nets after a ‘chopped’ by the intelligent Claudia Pina. Everything was seen for sentencing and only the icing was left for the home ones.

Alexia Putellas, the best player in the world, made it 4-0 and her teammate Graham Hansen signed Barça’s ‘little hand’ after getting into the right gap and finding a rebound 20 minutes from the end. The 5-2 closed an afternoon-night that was historic just before the end of the match when the Camp Nou announced on the video scoreboards that the public had gathered.

In total, 91,553 fans, the world record in women’s soccer that ends with the mark set in 1999 in the World Championship final between the United States and China. A day that will be difficult to forget. For Barça, much more. The Catalans are already waiting for a rival (Wolfsburg or Arsenal) in the penultimate round before attacking the option of revalidating the continental title.