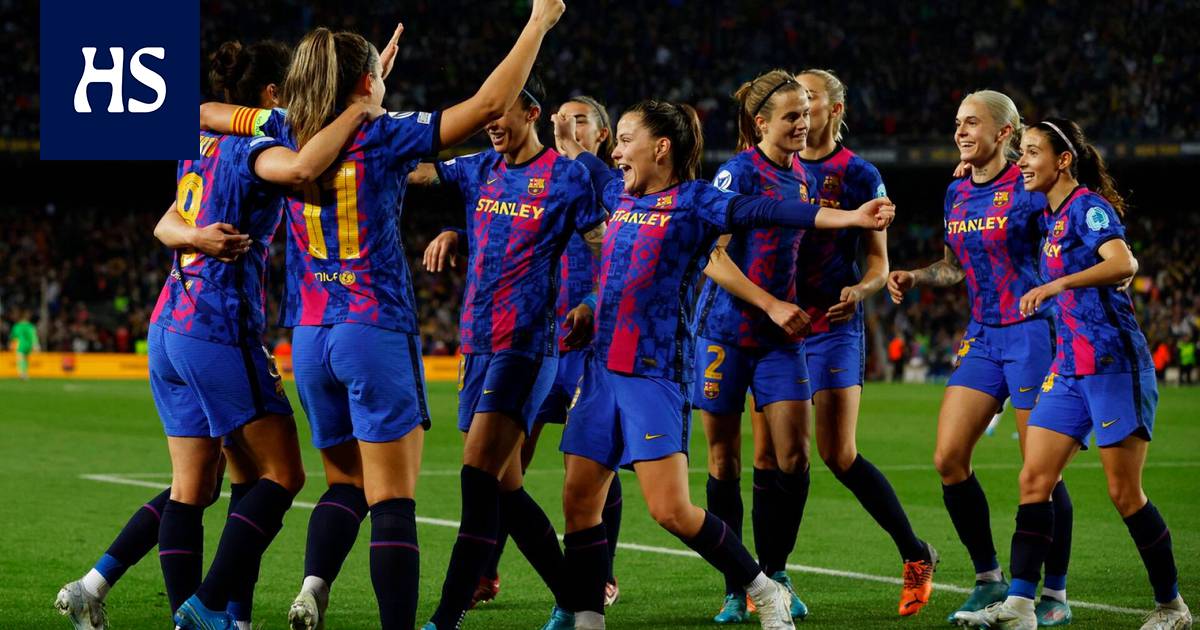 Barcelona made his way to the semifinals of the Women’s Champions League in football by crushing Real Madrid’s 5-2 reading. The semi-finals came off with a total of 8–3 goals.

The club encounter is known as El Clásico, and the classic ingredients were strong on Wednesday.

The match was followed by as many as 91,553 people at Barcelona Camp Nou, a world record for women’s matches.

The previous record was for the 1999 World Cup, when 90,185 people were watching the final between the United States and China.

Barcelona was a big favorite for the match pair, but Real didn’t bend easily. Although the team lost their home game with last-minute goals, the team didn’t even get discouraged Mapi León from the opening goal in the eighth minute.

Olga Carmona already leveled a quarter after the game, and Claudia Zornoza brought the visitors into the goal at the end of the second half.

But then the Barcelona show started, and in the 62nd minute he was chosen as the best in the world Alexia Putellas took the home team to a 4-2 lead.

Barcelona will face either Arsenal or Wolfsburg in the semi-finals.

Correction 30.3. at 23.01: Barcelona advanced from the match to the semifinals and not to the finals, as was previously incorrectly stated in the story. In the semi-finals, the team will face either Arsenal or Wolfsburg, not Paris Saint-Germain or Bayern Munich, as the story said.